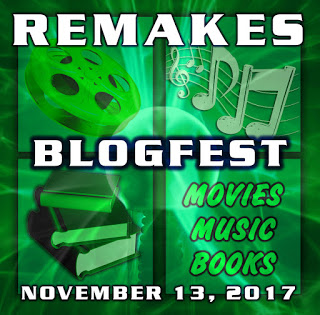 I'm a bit late but here we go....I decided to join in on the fun and, of course, I went the movie way.This one was tough for me but I finally found my pick. Head over to the Great Alex J Cavanaugh's blog to check out the rest. 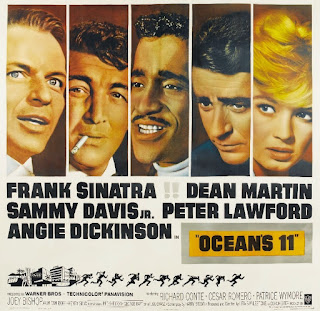 Our computers at work suck! I can't seem to be able to download the film trailers here and I have no time this eve to even try on the computer at home so the movie posters will have to do. This was a big film for the day since it starred the Ratpack led by Frank Sinatra. These men whooped it up in Las Vegas and had many women in tow including Angie Dickinson. They play World War 2 vets who decide to steal from the top 4 casinos (back then). They are the essence of cool who  work out a unique way to steal millions. I always knew about this film but never had a chance to see it until this past year. I was a bit disappointed with it because the writing seemed to go more for the  "I am cool" vibe than having this film play out  the way it should have. You have a lot of  these men just play off one another except you notice they never want to piss off Frankie. I do think Sammy Davis Stole the show. 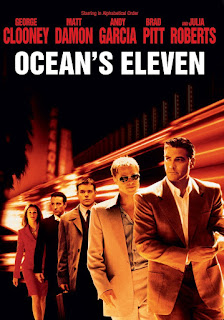 I have to admit I really enjoyed this film much better than the original. They are cool, classy and humble so the script is tight, works well by developing the characters, and the cast do not think they are too cool for their own good. The main man, played by George Clooney is let out of prison and soon brings his old troop together to rob the big Casino of millions. I just found this remake to be better acted, and much more fun. They are not trying too hard like the original.