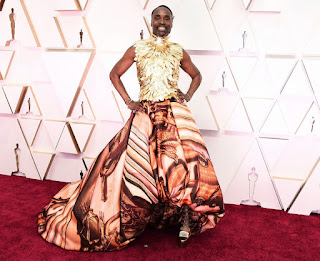 Another Oscar telecast is done and it was a big surprise that Parasite won both International ( instead of Foreign film) and The Best Picture..I was Voting for 1917. I always enjoy the Oscars and, this time, a friend of mine, with her daughter and yours truly, went to a restored movie theatre to watch The Oscars.  Now I always have my own questions about the Oscars and I answered them. It would be great if you give your 2 cents worth:).

1.  BEST SPEECH- I have to give it to Laura Dern who was concise yet heartfelt when she gave her honours to her parents, Diane Lane and Bruce Dern. Taika Waititi, who wrote JoJo Rabbit was quite funny. Speaking about funny, I loved Steve Martin and Chris Rock’s introduction, along with Maya Rudolph and Kristin Wiig’s introduction....more about them later.

2. WORST SPEECH-None were really bad but Rene Zellweger’s speech was pretty blecchhh. See below about her though. Joaquin Phoenix went on a bit long. I’m  supposed to love his speech because  he was political etc.. but blah, blah, blah.

3. Whom Do I love that Won- The Neighbour’s Window. I watched the Short Films on YouTube on Saturday and this film was very heartfelt and really touched me. I have to say I also loved Nefta Football Club that made me laugh and that little kid is hilarious. If you have a chance, watch those 2 and I bet you will like both.

4. Who Do I Hate That Won- The Best Score for Joker. Yeah I know many will disagree with me but I don’t care because I don't even remember the score at all. It meant nothing to me when I watched this horrid little film. That’s right, not a fan of this film. I was watching Phoenix play the Joker and kept thinking how he did a lot for this role, like losing all the weight but I never got swept into him being the joker the way I was with Heath Ledger. Ok back to the score, to me this was the worst of the 5. I thought 1917 was excellent but I thought John Williams would win for Star Wars since he is in his 80s now.

5. BEST PART OF THE SHOW- I loved the opening musical number of the show and Steve Martin and Chris Rock. I thought Maya and Kristin were hilarious and so were Julia Louise Dreyfus and Will Farrell but I give it to James Corbin and Rebel Wilson who dressed as cats to present best special effects. When they started hitting the mike like cats would do, the theatre erupted in laughter.

6. WORST PART OF THE SHOW- Can you guess?? M & M’s rap performance with his pants falling off his ass. I don’t care that he appeared at the awards show when he wasn’t around when this song won the Oscar. I just dislike rap for the most part although the one guy who did a summary of who won in rap style, blew me away. M & M just needs a slap. I am with Billie Eilish’s look and Martin Scorsese who looked like he dropped off for a few minutes. I did laugh at all the white people trying to sing along to the rap song..they are just too white and un-hip.

8. WHAT DRUG WERE THEY ON- Renée Zellweger...ughh did she go on and on. She wanted to sound passionate about the world like Phoenix did but she just sounded like she took too many little blue pills and she runneth over. Hey, Renee, when you start saying Um and have pauses, time to leave the stage.

9.  BEST DRESSED- OK, I am going to do something different and show a few outfits and you let me know which one is your favourite. 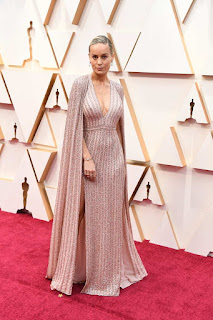 Brie Larson looked so great in this outfit and I loved that cape shoulder thingy-Really looked good from behind. 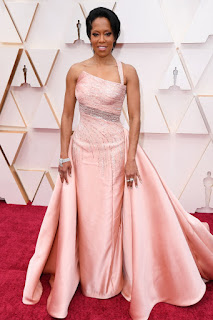 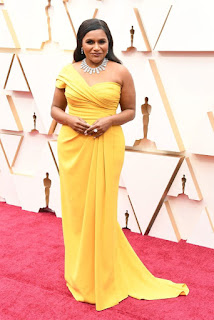 Mindy Kaling in bright yellow looked so pretty and thank God necklaces are finally in. I hated the bare necks all the time. 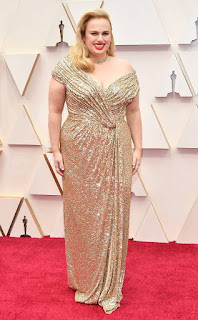 Yes, I chose Rebel Wilson who looked so pretty in this gold gown. 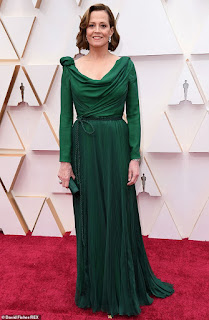 I LOVE this green Gown Sigourney Weaver wore. This is so beautiful but Where the F*^% is a necklace? Not a huge one but a nice elegant emerald necklace would have worked. 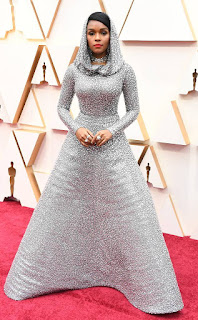 10.  WORST DRESSED-So Janelle Monae is always weird but I really liked this crystal gown she wore even though she looked like she just came off the Romulan ship. It has something like 168,000 swarovski crystals and took 600 hours to make. It is still see through mind you and she could hardly walk in it..imagine the weight. Now let's hope the sell this dress and help some animals who have been abused. 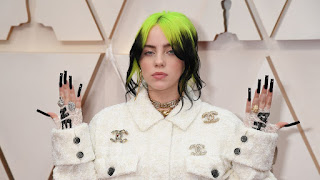 Billie Eilish thinks she knows all..she is what? 20 something. One thing, how does she wipe her butt with those frikken nails of hers. 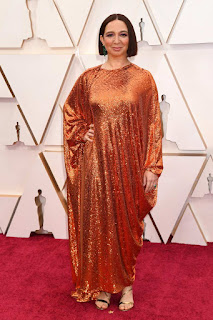 Maya Rudolph...so smart but when it comes to fashion, she must have gone to the nearest fabricland, bought a huge amount of orange sequinned  fabric, cut a hole at top and just let it hang. 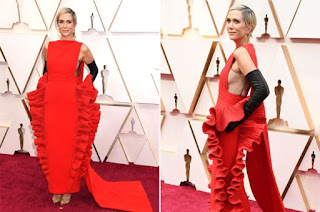 Side boob held up by flesh coloured mesh with a bib on top, a flap at the bottom and some red ruffles out to the side that makes me think of lasagna, sea cucumber, some bird ready to mate...ughhh 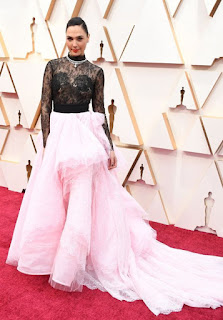 I love Gal Godot but this confection is a travesy of ripped pink fabrick all tied up with some black lace on top...nope 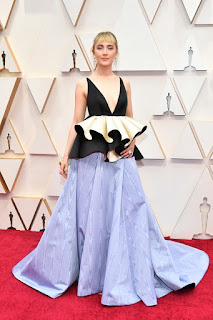 Saorise Ronan knew how to dress, she has a dust pan in front that will catch all the food that drops from her lips plus it also acts as a food tray. 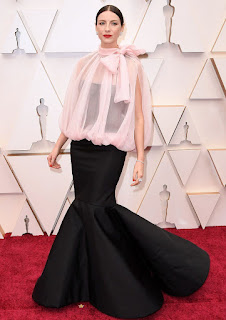 Caitriona Balfe took a nice black gown and covered it in this pink window crap with a bow no less. 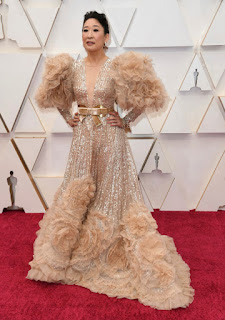 Sandra Oh..Oh, oh no...Carmen Miranda must be saying, "Where's the colour?" This is just not very nice.. too poofy  with too much fabric. I was expecting her to bring out some maracas.