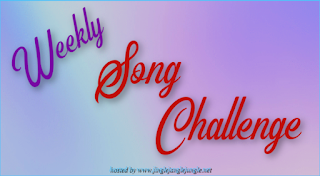 Tuesday I had to go for a procedure (polyp in my uterus that needed to be taken out) which knocked me out and I didn’t write this until Tuesday night on my IPad (which is not use friendly) so I know I am late this week. I should be fine but I am knocked for a loop and very, very tired (Wednesday now and getting this published). Jingle, Jangle, Jungle created this weekly theme where you match a song to the theme she chose and here are the 3 themes:

SONG WITH “MOTHER” IN THE TITLE

SONG WITH “SISTER” IN THE TITLE

SONG WITH “WOMAN/WOMEN” IN THE TITLE

I love ABBA and this is a great song from their groovy Voulez-Vouz album.  How I wanted to see them on their Voulez-Vouz tour but my mom wouldn't allow me to go. She said drugs may be there. I just looked at her in disbelief and told her, " Mom.. it's ABBA." I thought they were fine since they were not The Who but, nope, I couldn't see them.

My brother was the first one to play this song to me which opened my eyes that Elvis could do more than "Jailhouse Rock" and "Girls, Girls, Girls". This song I found different from the typical Elvis songs we know and I really like it. It was written by Doc Pomus and Mort Shoman which I looked up. An excellent ditty.

This song is from the Double Fantasy album which came out just after his untimely death of which I remember so well. I was at home when the news came on and I, plus the rest of the world, was in shock. I bought his album, listened to it many times, and still have it. I thought this was a beautiful tribute to women since he wrote it for his wife Yoko. I had no idea,at the time, what a jerk he was but, for me, it doesn't diminish the song or the album.

So which songs come to your mind?