Janus, The God, now looks to the future 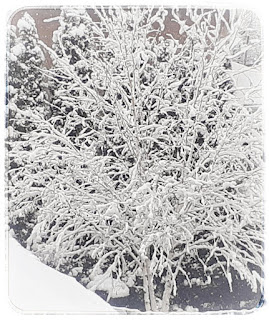 I am writing this on Sunday when it is a balmy -17 and we are supposed to get quite the snowstorm. We shall see if this happens because it often misses us. I took this picture of our tree, last year, after an ice storm and it fits for January. Janus is the god with 2 faces, one that looks behind and the other face that looks forward. I wrote about the past/memories so now we will look forward so here are my 3 songs that, I think, fit.

This song is written by my favourite Beatle, George Harrison when he was at his friend's home which happened to be Eric Clapton. I guess, George was dealing with some personal issues and he wrote this which, I think, is quite a hopeful song and one we all need.

This song sounds melancholy but, to me, it is the opposite because he sings this that when you are down and out you need to pick yourself up and carry on towards the future. I think that is what Shadaroba might mean since I did look it up on the web. Mainly it is Future oriented and hopeful so I shall go by that. This song was actually written by Cindy Walker who wrote many songs and was a singer herself in the country music world.

This song was actually written for a video game! I had no idea but when roaming for songs, I came across this and thought it sounded pretty damn good and it fit the bill. Sir Paulie still knows how to be creative.

What songs can you think of?

Our entrance to our backyard. 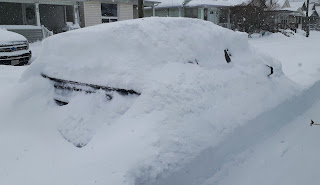 Try and find our stairs..hahahaaa

A view down the street. 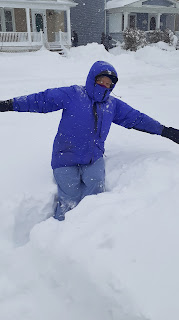