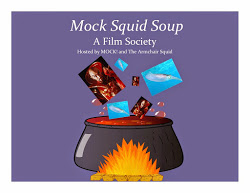 I really stumped all of you and I say that with a bit of a wicked smile:) My choice is a new film which came out last year at the Toronto Film Festival and only opened in the States this year. I will answer my 3 hints below and then tell you the film.

2. It involves a search....Christopher Plummer's character goes on a search for a man.

3. Issues of Old Age comes up in the film-The leading character has dementia

My hubby and I rented this film and we were quickly enthralled by its story. Atom Egoyen is the director who weaves you through a story of aging, Alzheimer's, death, the holocaust, family and revenge. It starts with the recently widowed Zev, played by Christopher Plummer, lives in a long term care home and is friends with another elderly man, Max, played by Martin Landau. They have both endured the holocaust and have lost their families due to one man who ran the prison and Max says it is up to Zev to find this man, now living under another name and kill him. Max is too ill to travel so he creates a list for Zev to keep close to his person and read constantly since Zev suffers from dementia. The list tells him how to leave the home, buy a gun and search for the killer of their families but there are 4 men with that name and Zev must make sure he finds the correct man. Zev goes on this journey and you are taken with him and deal with his fears from being with a man who thinks of the War as glorious to a neo-nazi. During his search for this man, Zev's son is searching for his missing father and has no idea what his father is truly up to.

The film is a German-Canadian  co-production and was filmed in Canada. I need to see this movie more than once because it makes one think. It is slow paced but you can't give up on this film because the ending is superlative. I love the sounds in this film which really come to the fore when Zev is in the horrible home of the neo-nazi. I will not say more but you will understand when you watch this film.

I highly recommend it for anyone to see. Some people may think it is slow moving but I do not...I find it deliberate in its movement like a musical piece that starts slowly and quietly and becomes louder and more prominent as it nears its conclusion. It is worth a watch for sure especially in the masterful acting hands of these 2 great film actors.