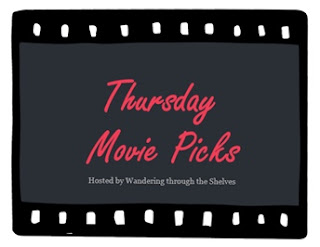 Wandering through the Shelves has a great theme this week, chosen by Brittani, and I could have chosen so many films, epics alone from Dr. Zhivago to Lawrence of Arabia. There are greats like Billy Bitzer who invented the Iris Shot, back lighting, the fade away plus so much more. Karl Freund is another plus Sven Nykvist and the Great Gregg Toland whose work on Citizen Kane was almost revolutionary. I can’t wait to see what everyone will pick for this theme. Here are my 3..

This is a great western(which I talked about before) directed by John Ford and starring John Wayne  who finally made it to the A list stars and away from the Singing Sandy flickers. The film follows a stagecoach with a group of people who all have their issues from the devious banker to the hooker with  heart of gold. Along the way they pick up The Ringo Kid( John Wayne) and must deal with the birth of a baby and the Indians. I believe this is the first time we see Monument Valley and certainly, not the last in a John Ford western. Bert Glennon is the cinematographer and he captured the essence of the classic western showing this area to such great effect and making it famous. The fast moving stagecoach and horses during the Indian scene was riveting and you are in awe of the stunts, headed by the great Yakima Canutt. A great western and character study worth seeing.

What a great film that is not shown often but, if you get the chance, it is worth looking at. The richness of this film from the art direction to the cinematography, by George Périnal, who captured the magic of this film with some great colour which was not easy at this time. We have a young thief who becomes involved in the romantic adventure of the fair princess and the young man he befriends. We have the great genie, the flying horse and the evil Jaffar played with evil menace by Conrad Veidt. The colour, and special effects are shown to great delight capturing the magic of this film. If you get a chance, watch it.

I love this film because of the richness of colour, the setting high up in a remote nunnery(a former Palace) and the sensuousness of this film even though it involves nuns. You have a young Deborah Kerr who is sent to this remote part of the world to run this nunnery set high up in the Himalayas. They are trying to teach the young kids and teens but all around them shows the lust and vibrancy of the land. You have a young, great looking man who questions Kerr’s reason for being a nun and they butt heads but obviously are attracted to one another. You have a nun who succumbs to the passions of the land and you see a young Jean Simmons lure a young boy to enjoy the earthiness of the land. The cinematography is breathtaking and was done by Jack Cardiff  who worked on films in England that really showcased the colours and beauty like the film. The Michael Powell/Emeric Pressburger films like this one and others, the most famous being The Red Shoes, are well worth seeing.

I just realized that The Thief of Bagdad and Black Narcissus both star Sabu, an Indian actor who was in many films that showcased mystical style like Jungle Book, Cobra Woman and Arabian Nights. He died in 1963 just before turning 40 by a heart attack. A few days before his doctor said he was the healthiest man he had ever seen.