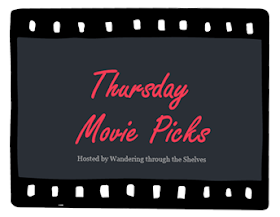 There are so many wrongs we human piglets do it's hard to keep up. Last week my hubby and I saw what is happening in California with these lakes and rivers where, just a year ago, there was water and now nothing or close to it. I guess Las Vegas needs their uber fountains  to make us go " Wow." Driving home, I can't help but see all the garbage strewn along fences. The oil spills, Chernobyl back in the 80s, clear cutting, poaching...it makes me sick. Wandering through the Shelves picked a hot topic especially with the horrible War in the Ukraine. Putin must go and I  don't mean to Siberia. On that nice note, I chose 3 movies, I think, fit the bill. Remember, no natural disasters so Trump is out and so are any bitch slapping actors.

Let's start off with this feel good movie with Gregory Peck as head of a U.S. submarine stationed in Australia because this is the last place not yet affected by the radiation set off from Atomic bombs during WW3. He meets Ava Gardner and they fall in love but they are doomed. Fred Astaire, in a rare dramatic role, plays a race car driver who would rather go out his way than the radiation way. This film is well acted, scary and bleak as f#(×! I'm not sure when I will see this again but it is a good movie.

Does anyone remember 3 Mile Island? The breach that created a ghost town in Pennsylvania, is exactly what this "fictional" film was talking about. This movie, starring Jane Fonda as a reporter, Michael Douglas as her photographer and Jack Lemmon as the whistle blower at the nuclear power plant he works at, is all about what actually happened at 3 Mile Island. What's freaky is tgat this film came out 3 days before the event at 3 Mile. Basically, Jane wants to do a story about the plant when Lemmon's character finds a problem with the plant. He takes it upon himself to hold the place " hostage" until the cover up is found out. It's very well acted showcasing Lemmon's acting chops. The event at 3 Mile made this film a hit.

This is, by far, the most hopeful of the 3 I chose. The 70s were often showcasing movies in a more bleak manner. Whereas my first film was one of quite a few to show realism( like Fail Safe and the "Kitchen Sink" movies). The 80s onward gave disaster flicks a hopeful message but only after we saw the Eiffel tower be destroyed on st least a dozen flicks before America saves the day. Where was I? Oh Erin B is based on the true story of a no nonsense single mom of 3 who bullies her way on the staff of her former lawyer. Most of the staff can't stand her with her cheap way of dressing and screw you attitude but it comes in handy when she finds out how a plant has been dumping their toxic waste into the water around this town and countryside. Many people are getting sick with cancer and Erin is there to save the day along with her crafty lawyer. Julia Roberts and her push up bra won an Oscar for her portrayal of this fearless broad,   which I say on the best sense of the word. It is a good movie that I can watch again unlike the eyeyores I previously mentioned.

Which flicks would you choose? Anyone going totally 50s camp on me? There are many  "Attack of..." movies.