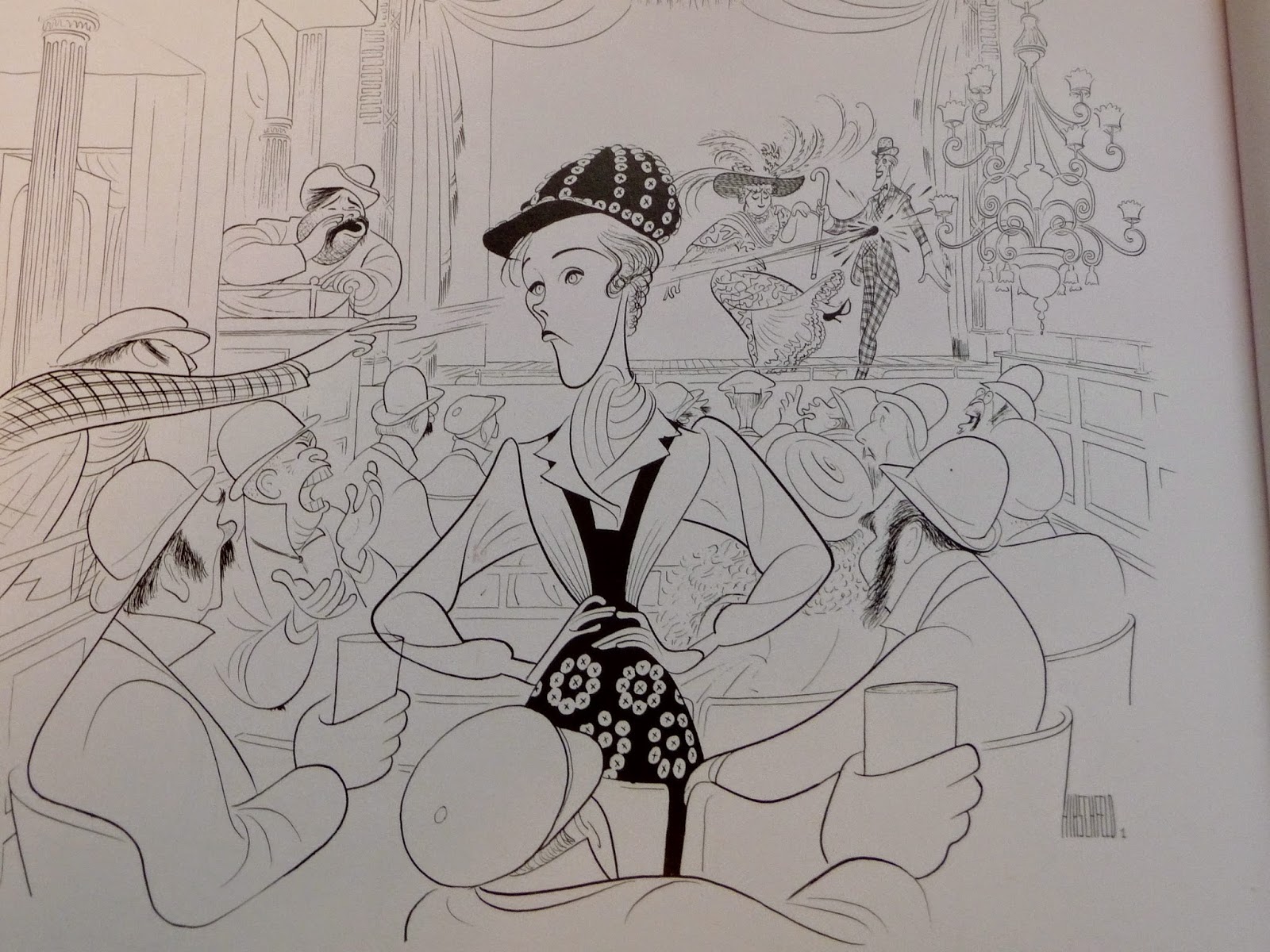 The Great Al Hirschfeld drawing of Julie Andrews in "Star" 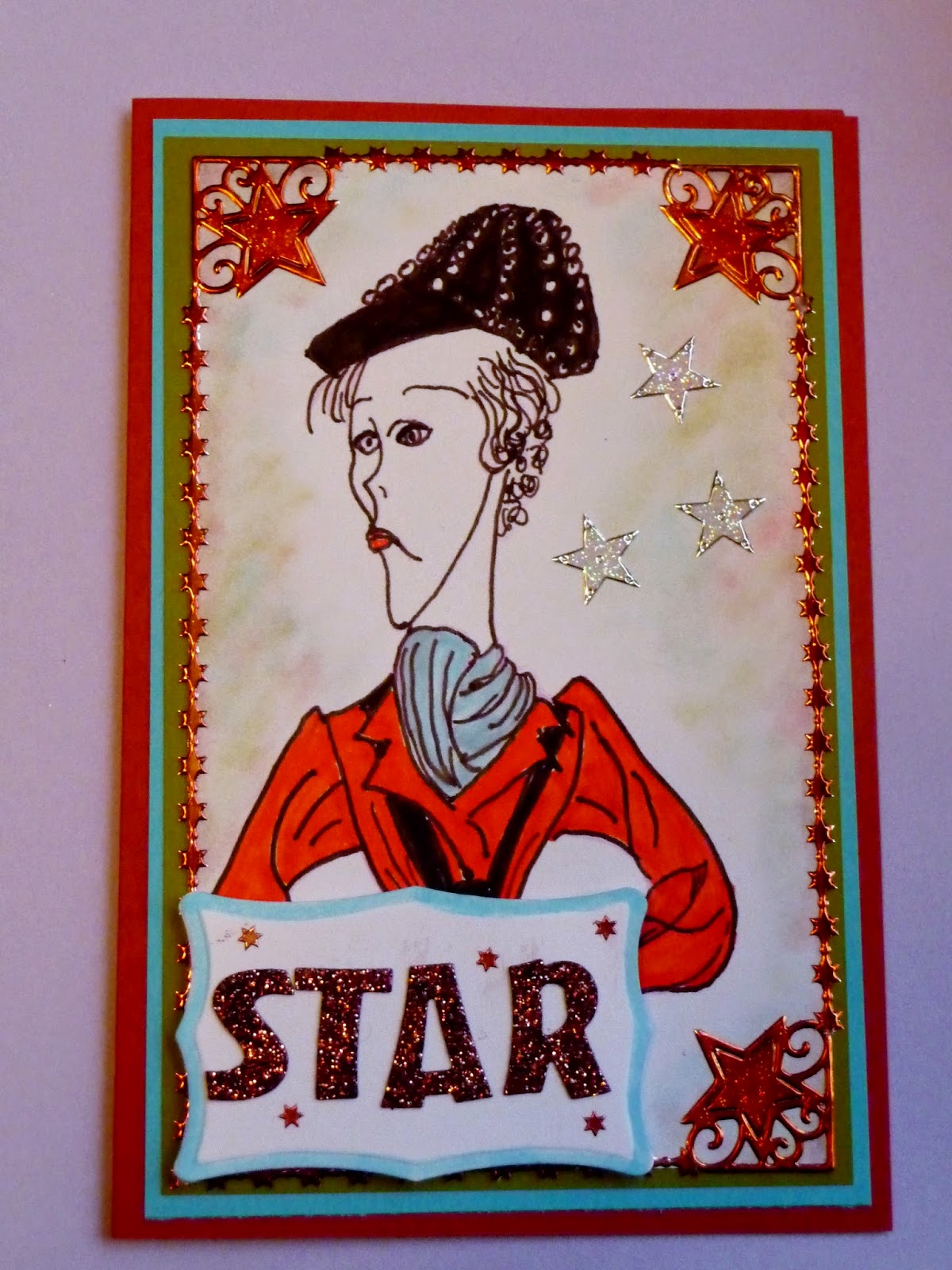 I love Julie Andrews...who couldn't?? Of course my first memory of her is from The Sound of Music. I love that film in all its sweetness and miss steps. At the end, when they are heading over the hills...they would actually be going towards Germany. I would not have wanted Baron Von Trapp giving me directions.

Al Hirschfeld-He is one of the greatest artists..I mean one of THE greatest!!! He created great caricatures from the 1920's to the 2000's. My dream was to be drawn by him. I mean he has done everyone from Louis Armstrong to the Beatles, Bob Hope to the cast of Friends. He drew Julie Andrews more than 50 times from her beginnings on the New York Stage to film and back to the stage. I decided to draw her for a card and get my creative juices flowing as it were. I did not trace but just looked at Hirschfeld's drawing and drew on white cardstock. I could not find a regular pencil so I had to use a colouring pencil and could not erase anything. So poor Julie looks a little more sullen (reminds me of one of nun teachers I had) and her hands looked like they were ready to snatch a rabbit from above so I decided to hide them.

Last week there was a challenge from Simon Says saying "In the Stars". Of course, I was too late:) Julie Andrews starred in a film called "Star". It is based on the life of Gertrude Lawrence who originated  Anna from "The King and I". I have not seen the film "Star" in decades (ugh that makes me sound like I am 250 yrs old) but I recall it being pretty good but not mind blowing. I have to give it another gander before I give my 2 cents worth.

I decided to be inspired by Ms. Andrews since she is such a great star and had one of the most beautiful voices. What a shame that a Dr. screwed up her vocal chord surgery (to remove polyps) and she can never sing again. Think how devastating that must have been to this fine lady. Anyhoo, I believe I got all the colours correct and could enter this card in one challenge:) I missed Colour Q too-hahahaaaaa...oh well but I got Dream Valley (Yahoo). Oh when Al Hirschfeld's daughter was born, she was named Nina. From that time on he always included her name somewhere in his artworks...sometimes more than once....Can you find it in his artwork here (not mine but his)??