H is for Rita Hayworth 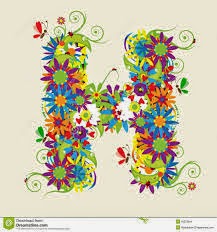 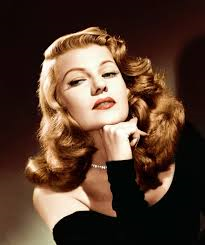 Known as the "Love Goddess" she would have rather been a housewife and mother. Famous for her red hair and her beauty was the 2nd biggest pin-up for the GI's. They actually placed her picture on the first atomic bomb that exploded at Bikini, Atoll. Her demanding and domineering father taught her dancing and they toured as the great Cansini's. He also sexually molested her (bastard). When she was picked up by Columbia Pictures, she underwent painful electrolysis to  raise her hairline, dyed her black hair red and went on a diet to achieve her Goddess look. Despite her beauty she was shy, unassuming who had a strong work ethic and was very un-diva like. She was an excellent dancer who partnered with both Fred Astaire (twice) and Gene Kelly. It is actually said that she was Fred Astaire's favourite dance partner. She married Orson Welles and they were known as "Beauty and the Brain". She felt intimidated by his intelligence and when they made "The Lady of Shanghai" together he had her beautiful locks cut and died platinum much to the regret of her fans. It is rumoured this was done in spite but who knows. After she divorced Welles she married Prince Ali Khan and became the first Hollywood star to become a princess. When this marriage went south, she had to escape quickly with her daughter under an assumed name since his religion, she feared,  would have forbade her to keep her daughter. By the early 60's she was forgetting her lines and becoming quite emotional. The doctors and the public labeled her an alcoholic. In fact I remember, as a kid, hearing reports that she was an alcoholic. It was not until 1980 that she was confirmed as having early onset Alzheimers. Her daughter, Yasmin Khan took care of her until she passed away.

Films: "Only Angels Have Wings", "The Strawberry Blonde", "Blood and Sand", "You were never Lovelier", "You'll Never Get Rich", "Covergirl", "Gilda", "The Lady From Shanghai", "Pal Joey"

Quote: "Every man I have ever known has fallen in love with Gilda and awakened with me".

Films in bold are the ones to start with but, as you know, they are all great.