Oh Yes! That is Cyd Charisse and I would dream of being like her but I would need her great body and those legs that go on forever. I dare any man to watch this and not want to be in Gene Kelly's shoes.

Here is my 2nd list of my favourite top 10 characters. There are so many I had to part them into 2 lists. The first were the men and now the women. C.D. Gallant King requested  a bunch of bloggers to join him on the fun a little while back and so I have!:) Here are my top 10. Phyllis Dietrichson- Yup with that stare and that haircut you know she is one evil bitch. She is one film noir Femme Fatale who lures a hopeless sack, played by Fred MacMurray, into her web of schemes in "Double Indemnity." Barbara Stanwyck plays her  to the limit and was great as a seductress even in that wig. Billy Wilder (the director) once said he would love to come to Barbara's door where she greets him  in high heels, an apron...and nothing else. 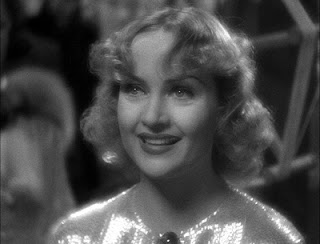 Irene Bullock- Oh that madcap heiress who is having fun playing Scavenger Hunt and one of her finds is a bum from skid row. To say that she is plain nutty doesn't do her or the rest of her crack pot family justice. In this classic screwball comedy, "My Man Godfrey", she is the life of the entire film whom you want to hang out with, run away from or spank, not necessarily in that order. She brings light to dark times and the film has depth and does not shy away from the Great Depression. 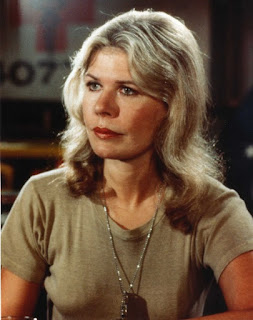 "Hot Lips" Margaret Houlihan- This was one strong, bodacious woman who loved men and the army even though she was scarred by it. She played the head nurse for the 4077 M.A.S.H. unit and you knew better than to cross her. In the TV show M.A.S.H., Loretta Swit, started the character more one dimensional but quickly made it her own. Based on a great film, this amazing TV Show is one of the best shows ever made. Even though she started out with Frank "Ferret Face" Burns, she didn't stay with him or any man and fought hard to be a major including giving some men her right hook on occasion. 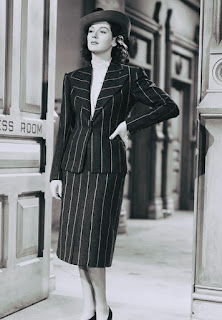 Hildy Johnson- She could match wits with the best of them including and especially her ex, played by Cary Grant in the hilarious "His Girl Friday."  Rapid fire speaking, constant movement and a strong female character, who better to get the story than Hildy. She is a woman in a man's world and she is just fine with that. 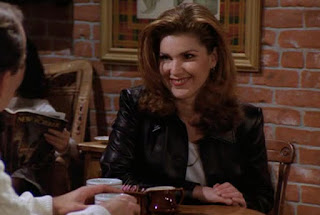 Roz Doyle- The producer to Frazier's character on his radio show, she is one fun loving, man loving, sex loving woman about town. She might be sex/man hungry but she is not stupid, cheap or giving in to what a she thinks a man may want. She knows what she wants and she will get it. A true woman of the times and a rare female character. Love her to bits! 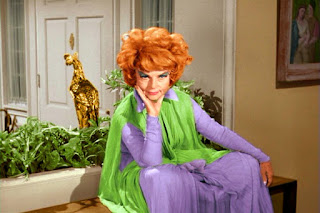 Endora- I don't understand anyone who would not love "Bewitched." I still wish I could just snap my fingers and go to Paris or wherever I want to go. I could make myself invisible or I could cast a spell which, at times, would be so much evil fun. Endora loves being a witch and simply does not understand her daughter who not only decides to marry a mortal but obeys (Ughh) and tries to give up witchcraft. I like Samantha as well but she always seemed to cower to her husband especially in the later episodes which would want me to have him change into a jackass, I mean, donkey also. I get where Endora comes from. She loves her daughter and grandchildren but simply does not get why Samantha should give up her powers. I don't either and I think, neither does Samantha or she wouldn't fail at that all the time. 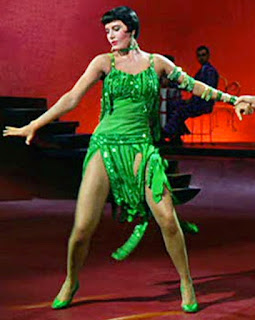 The Vamp - She does not have a name in the film, "Singing In The Rain" but who cares! This dame can dance! She is the perfect vixen for the unassuming Gene Kelly who probably would be saying "Kathy Selden" who? I saw her in this film when I was little and would dream of being a dancer. Unless my legs grew to that length and I had the sex allure only Cyd Charisse can show, it was not in the cards. I am more of the Hee Haw ho-down putting my foot in some cow poop. If you have not watched the clip, you have not started your day. 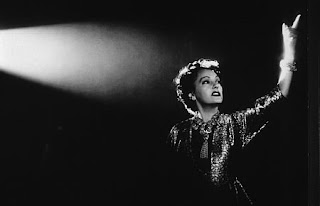 Norma Desmond- "I AM Big! It's the pictures that got small." This is one scathing tribute to Hollywood's yesteryear-The silent pictures and stars from that time which Norma was the greatest. Now no one knows her and she is slowly, well, more rapid than slow, losing her sanity. She may be nuts but she knows how to captivate an audience and capture one sad sack played by William Holden. Does one feel bad for Holden's character? Not so much but you do feel bad for Norma. This film has so many hidden gems that you have to know a little about the silent film era to get the in-jokes. Cecil B DeMille has a cameo in the film playing himself, naturally. He calls her "Little Fella" which he actually did call Gloria Swanson in real life and made many films with her in the early days of Hollywood. My favourite quote is from the great Mae Murray who, after seeing this film, said "None of us floozies was ever that nuts!" 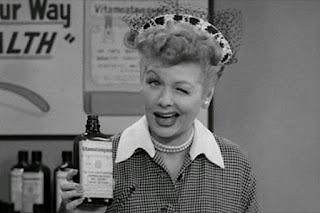 Lucy Ricardo-It would be simply nuts of me not to have this gal near the top. Lucy, as everyone knows, always got into antics and never took "No" for an answer. She was beautiful, witty, intelligent and stubborn. Whether getting drunk trying to sell this cough syrup for a TV ad or trying, many times, to get into her husband's shows, you could not wait to see what was up her sleeve. We all love Lucy! 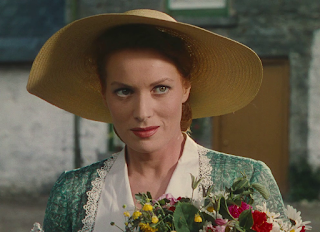 Mary-Kate Danaher- This beautiful lass from Ireland who captured John Wayne's( Sean Thornton) heart in the beautiful film "The Quiet Man", is my top choice. I love her strength, passion and fire. She can match John Wayne any day and, even though she loves him, she just can't be with him until she gets her dowry. Her brother won't give it and therein lies the fight. When she leaves and Sean Thornton tracks her down to the train station, you know it is coming to a head. He takes her back to her brother in one of the best scenes ever and, believe it or not, makes me swoon even though my behind would be sore if I were in her place, demands the dowry. The music is now going through my head-dum-dum-dum-dum-dum-dum-dadada-dum-dum dum, dum......Just see the picture!

What are your favourite gals?