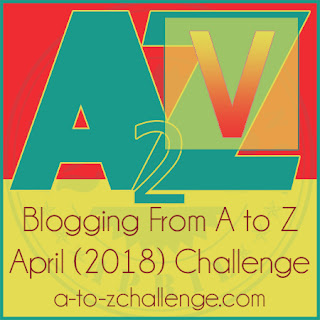 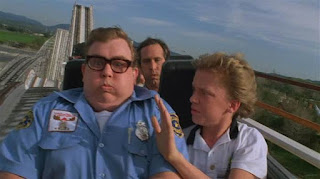 Yes, I know it is actually National Lampoon's Vacation but I wanted to talk about this film and we all just say the vacation movies anyways. This is the first of 4  with the last one (I don't mean the remake dreck) taking place in Vegas being the weakest, in my humble opinion. Good ole Clark Griswald wants to take his family on a vacation to Wally World which he does with a few mishaps along the way..dog, Cousin Eddie, Aunt Edna.

It is low brow humour and I love every minute of it! I find it hilarious with great comic timing by Chevy Chase, Randy "Nutso" Quaid and Imogene Coca as Aunt Edna. A great cameo by John Candy near the end of the film is perfect. By the way, most of the cast members got sick from riding the roller coasters since they had to do it many times...yuck.
Posted by Birgit at 4/25/2018