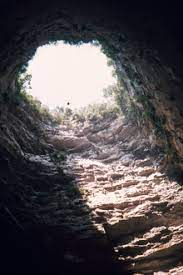 I am one sick F&^$...Hahahaaa (please hear me cackle with Hairpins flying). I took Monday and Tuesday off for my next round of the colonoscopy travails. This time it worked and I am clean as a whistle...relatively. This got me thinking about songs, yes, songs and I thought of these 3...

This is a great Canadian band headed by Randy Bachman from "The Guess Who" as well. Randy Bachman sings the leads and it's actually about how the glam stars didn't really have to work whereas man good old rock people etc, did. I just thought of the title and, with a glint in my eye, chose it.

Well, this can happen while running to the john but this song, written by Don Henley and Danny Kortchmar pissed off at how the news was becoming more tabloid. With the deaths of John Lennon and Natalie Wood, he thought about where the news had gone. It's only, it seems gotten worse and very, very partisan not to mention depressing. I would love Walter Conkrite and Edward S Murrow now. I would say one of the best, today, is Christiane Amanpour and Lisa LaFlamme (A decorated CTV News Anchor who was just let go because...they can).

I am not a rap person and this was sung by Mark Quashie or, as he calls himself, The Mad Stuntman. Now, is his first name The? I'm just wondering... well, Anyhoo, Mr. Stuntman sang the vocals but it was written by Erick Morillo aka Reel 2 Real...really? Now, far be it from me to say that this song does not show how much the lyrical quality and penmanship far exceeds "Nights In White Satin" or any Led Zeppelin song, just listen to how many times you like to move it, move it. OK enough fun, I have to admit I like this rendition by Cohen, including the animation, rather than the singing of The with all the gals' T & As thrust into my face. Sorry all you wonderful men out there, you will just have to go to Youtube to see that one.

I had fun writing this one and hope you enjoyed the read. What other cleansing song can you think up?

I hope the people in Eastern Canada are doing better and getting their power back and my heart now goes out to everyone in Florida. Take care!