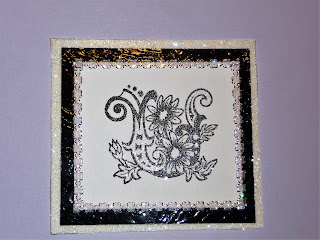 A Yo Z Challenge 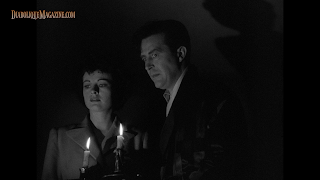 DIRECTOR: Lewis Allen
STARS: Ray Milland, Ruth Hussey, Gail Russell, Donald Cook, Cornelia Otis Skinner
PLOT: A brother and sister buy a moody home right on the cliffs of the Cornwall coast. The former owner's granddaughter doesn't want the house sold and feels drawn to it. The brother and sister get mixed up with the house's ghostly past.
QUOTE: Well, now we know......the one ugly room in the house (I don't think so)
OSCAR NOMS: Best Cinematography (B & W)
OSCAR WINS: Nil
LOVE: The cinematography-The lighting is excellent
FAVOURITE SCENE: When they hear the crying
FAVOURITE CHARACTER: Mrs. Holloway (Cornelia Otis Skinner)
TIDBITS: The first film to deal with spirits in a dramatic way instead of comedic or horrifying manner. The music "Stella by Starlight" comes from this film.
SIX DEGREES (MORE OR LESS) OF SEPARATION: Ray Milland was directed by Alfred Hitchcock (Dial M For Murder) and Hitchcock directed Cary Grant (Notorious). Cary Grant starred with Tony Curtis (Operation Petticoat) who starred with Sydney Poitier (Defiant Ones) and Sydney Poitier starred with Richard Gere (The Jackal). Richard Gere starred with Diane Lane (Unfaithful) and Diane Lane starred in..

2. UNDER THE TUSCAN SUN-2009-ROMANTIC COMEDY/DRAMA 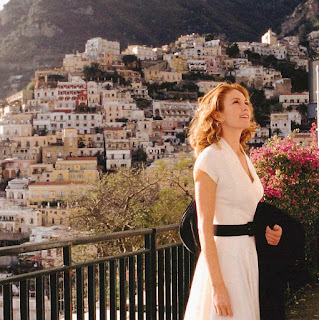 DIRECTOR: Audrey Wells
STARS: Diane Lane, Sandra Oh, Lindsey Duncan, Vincent Riotta, Raoul Bova
PLOT: After her cheating husband takes the house and sues for alimony, a woman author, on the advice of her friends, takes a trip to Italy. She sees a home and decides to buy this home and fix it up  and herself as well.
QUOTE: regrets are a waste of time. They're the past crippling you in the present.
OSCAR NOMS: Nil
OSCAR WINS: Nil
LOVE: The scenery...it is simply enchanting!
FAVOURITE SCENE: when the main character looks out from her balcony and sees an old man bring flowers to a religious statue (happens more than once in the film)
FAVOURITE CHARACTER:  Katherine (Lindsey Duncan)
TIDBITS: The man crying on the other side of the apartment wall is played by Matthew Labyorteaux who is famous for nplaying Albert on Little House On The Prairie
SIX DEGREES (MORE OR LESS) OF SEPARATION: Diane Lane starred with Richard Gere (The Cotton Club) who starred with William Devane (Yanks). William Devane was directed by Alfred Hitchcock (Family Plot) who directed.....Take a guess:)
Posted by Birgit at 4/25/2016