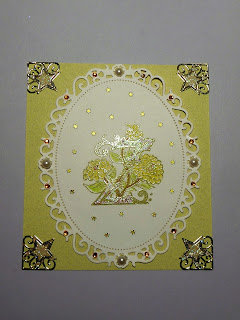 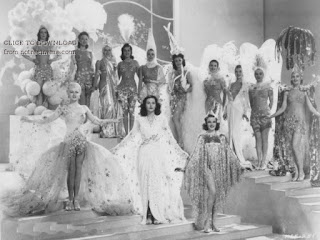 DIRECTOR: Robert Z. Leonard
STARS: Judy garland, Hedy Lamarr, Lana Turner, James Stewart, Tony Martin, Jackie Cooper
PLOT: 3 gals from different walks of life become Ziegfeld gals and each find a different path in life.
QUOTE: Mr. Ziegfeld says, if I don't watch my figure, no one else will (This still happens!)
OSCAR NOMS: Nil
OSCAR WINS: Nil
LOVE: The costumes!
FAVOURITE SCENE: The Stepped Out of a Dream number
FAVOURITE CHARACTER: Susan Gallagher (Judy Garland)
TIDBITS: The most professional was James Stewart. Hedy was very shy and didn't talk to many people. Lana Turner liked to show off her new boyfriend and get attention and poor Judy garland was so insecure of her looks since she was surrounded by Lana & Hedy who were considered beautiful. Judy had the most talent and was still quite the looker herself. James Stewart and Jackie Cooper would sit outside the stage and listen to Judy sing. This was James Stewart's last role before he went to war.
SIX DEGREES (MORE OR LESS) OF SEPARATION:Hedy Lamarr starred with Gregory Peck( Samson & Delilah) and Gregory Peck starred with Juliette Lewis (Cape Fear). Juliette Lewis starred with Woody Harrelson (Natural Born Killers) and Harrelson starred in.... 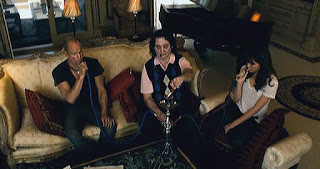 DIRECTOR:Ruben Fleischer
STARS: Woody Harrelson, Jesse Eisenberg, Emma Stone, Abigail Breslin, Bill Murray
PLOT: Zombies have gone amok and 4 survivors, who are great at killing zombies each want to get to their goal-hometown, an amusement park and eat a twinkie
QUOTE: The first rule of zombieland: Cario. When a zombie outbreak first hit, the first to go, for obvious reasons,....were the fatties.
OSCAR NOMS: Nil
OSCAR WINS: Nil
LOVE: The humour-I would never watch a zombie show unless it was made fun of
FAVOURITE SCENE: When they meet Bill Murray
FAVOURITE CHARACTER: Bill Murray (Bill Murray-he plays himself)
TIDBITS: Abigail Breslin adopted a dog from a shelter and we see the dog in this film-he's a cutie. Bill Murray ad-libbed a lot and the scene in the truck when mentioning Miley Cyrus, is all ad-libbed.
SIX DEGREES (MORE OR LESS) OF SEPARATION: Woody Harrelson starred with Robert Redford(Indecent Proposal) and Robert Redford starred with Charles Boyer (Barefoot In the Park). Charles Boyer starred with Olivia De Havilland (Hold Back the Dawn) and De Havilland starred with Bette Davis (Hush, Hush, Sweet Charlotte) and Bette Davis was the star of my A post-All About Eve!

I linked them all:) Happy ending to another A to Z...now I have to play catch up and my apologies to all I have not yet visited!
Posted by Birgit at 4/30/2016