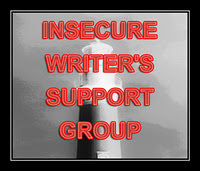 I have been bummed because I have not been able to do any cards lately especially since my mom went into long term care. Christmas came and went like a whirlwind but by Christmas decorations....yup they are still up and I am not happy. Now i LOVE Christmas, anyone who knows me, knows this and I do keep everything up until the 6th of January since that is 3 Kings day and some countries like the Ukraine, I believe, celebrate that day. The problem is that I got sick. Well..OK OK Jan. 6th I celebrated with my best friend a little too much and the 7th I was making magic with the porcelain God which I have not done in a few years. Considering all the stress of the past 2 years I actually found that drunken fest quite liberating. I had enough ability on the Sunday to take the tree down and then I started to feel the disgust of that cold come on. I thought it would come and go as I have been so great with colds but NOOOOOOOO it felled me with one big kick in the ass! Since last Friday I have been down and out with a bad sinus infection to boot. You know the feeling...when you blink and breathe through your nose it hurts so much that you wish someone would come with a screwdriver and just drill it out of your sinuses. Well I felt I heard the drill all weekend. I am finally back to work and decided to whine about my cold and dreck on my blog. One thing I have done is watch movies. Now I can't recall all the movies and many i had seen before but it is so much fun even when one is ill. I will admit that some I nodded off on but that is due to the cold. So Let's see I shall start off with one we saw in the theatre before i got sick:

1. Sherlock Holmes #2-If you think I will remember the full name...think again I am lucky to remember my own name. This is an excellent film and on par with the first. Just as entertaining, witty and well written and the first film and now i can not picture anyone else being Sherlock or Watson but for good ole Robert and Jude.

2. The Searchers-Great..GREAT John Wayne Ford western. I LOVE John Wayne and he is my favourite..yes ahead of Clint Eastwood!!! I challenge you to even try to say someone is better than the Duke!

3. The Shootist-Duke's last film and one that makes me cry (the other is the Man who Shot Liberty Valance"). It is like we are watching his own life in some ways except that the cancer was probably due to his 4 pack a day habit and /or that awful film "the Conqueror" where so many died of cancer due to the bomb testing site.

4. MClintlock"-Great rollick with Maureen O'Hara-wish i could have gone down that mud path with them-seems like fun

5. High Noon-Great film par none and with the Quiet man one of the best of the year. Tell me why did "The Greatest Show on Earth" win best picture??

6. Die Hard"-oh boy-I like Alan Rickman and laugh at how Bruce keeps undressing during this whole flick. It is fun to watch but by no means great unless one says it is great schlock.

7. Die Hard 2-yup I watched this too...blame it on the illness. It is stupid, silly mindless dreck. The CIA would have been called in with the FBI.. ugh bad crap

8. "Across The Universe"-I got this film as a gift from my ex a couple of years ago and finally watched it and was blown away by how good it was. I love musicals but you don;t have to be a musical lover to love this film. Quite intelligently done, well written and played. Should be better known.

9. Shadow of a Doubt"-This was Hitchcock's favourite of his films and I love it as it also stars one of my faves...Joseph Cotton. It is like Frank Capra's world silently on crack-Great film.

OK that is my whine for the month. Take care and thanks for reading