So, since I love film and I couldn't do too much I watched a ton of films which I actually do often anyway.  So without further ado, here is my lengthy review of some films I watched-some old and some new. 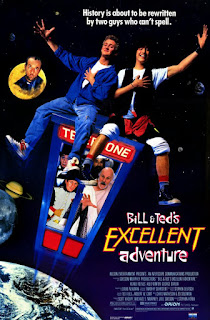 Stars Keanu Reeves, , Alex Winter and George Carlin. I was supposed to review this film for the Mock Squid Soup Film Society a couple of weeks ago and got all mixed up so here is my review. There is a reason why I never saw it before and now I know why. It makes me feel ill that these "dudes" are hip or square, not sure which, and that teenagers and others think stupidity will make these morons go far. I can see kids liking it but ..I could not get into it. I am wondering why George Carlin is in this because I consider him one of the most intelligent people I have seen (on TV) and also wondering why it deserves 2 discs. The best part is Napoleon when he goes down the water slides. Sorry but check brains at the door for this flick-the 3 Stooges are Shakespeare compared to these 2 nimrods. 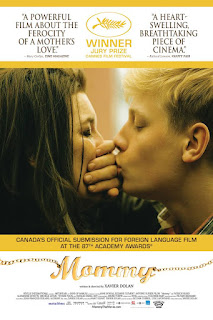 A brilliant film although a difficult film to watch. This should have been up for Oscars and the lead actress (Anne Dorval) should have won in my book. It is a French-Canadian film about a mother, from the wrong side of the tracks who has a son with ADHD plus other learning disabilities. You see her anguish in trying to raise her teenage son and not wanting him to be placed into a home. The actress who plays the mom shows tenderness, brashness, anger, sadness and some bad-ass-ness that you just love. She gets help from a neighbour who also has her own demons and the 3 of them take you on a journey about love, strength and decisions that will change ones' life forever. 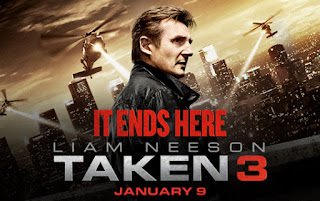 Stars Liam Neeson in the same role he played in the other 2 films. It is a good flick but please stop!! I want to see Liam Neeson in a role worthy of his acting ability. If they make any more, we will see him chase down the bad guys with his walker. I find this film the weakest of the 3 but still a flick to watch for fun but let's move on. 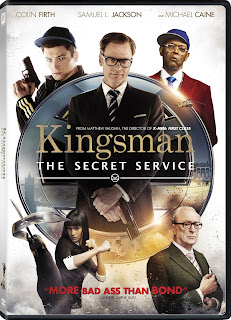 It stars Colin Firth(dreaming of him in a very nasty way-be still my heart) as one of the top leaders of a spy agency run by Michael Caine. Samuel L Jackson plays the bad guy with a great speech impediment that just seems to suit the fun of this film. It doesn't take itself too seriously like the James Bond films and has no sexy vamps to impede the spies from doing their mission. Firth's character is also helping a newbie, played by Taron Egerton (nope no idea who he is) become a classy spy. All in all a wonderful fun film with sass, class and exploding heads. 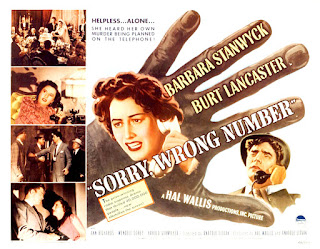 Starring the great Barbara Stanwyck and Burt Lancaster as her weak husband, it is a film Noirish thriller that young kids would be all confused about today. Why? It shows telephones and operators when one had to be connected the old fashioned way. The main part takes place in Leona's(Barbara Stanwyck) bedroom. She is an invalid who overhears that some woman will be murdered that night.  In flashbacks you find out all about the characters and how they met. You realize how nutty Leona really is and what a sad sack Burt Lancaster's character is. What Leona wants, Leona gets and it started when she was a little girl spoiled by her rich dad played by Ed Begley(love his character). These characters are all just a bit nutty like they are all trying to place something round in a square hole. I loved it! 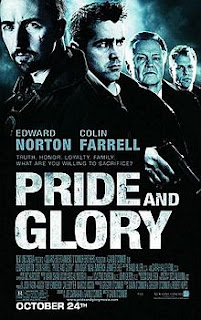 Ed Norton plays one of the brothers in a family full of cops lead by the dad, played by Jon Voight without his white scarf he always has at every awards ceremony. Colin Farrell plays the brother in law who is a bad cop. Yup, Colin is a bad boy and just keeps getting in deeper and deeper until Ed's character finds out all the messy crap Colin's gotten himself into. It is about family, loyalty and honour. It is about doing the right thing. It's a good movie but not earth shattering-one can see it on Netflix or simple TV when it's raining outside. I give it a thumb's up but nothing earth-shattering. 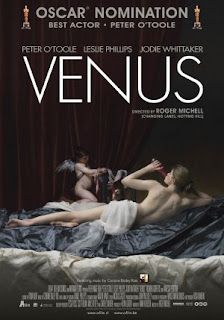 Peter O'Toole plays Maurice-a great actor both on stage and screen who is mostly forgotten and is dying of cancer. He is friends with Ian (Leslie Phillips) who is also an aging actor and the 2 have a great chemistry together and help one another out. When Ian's niece, Jessie(Jodie Whittaker), comes to stay with him, she causes much mayhem for her Uncle. Maurice takes her off Ian's hands and thus starts a beautiful relationship between this old, dying man and this belligerent, ignorant girl. It is a beautiful film and wonderfully acted especially by Peter O'Toole who gained his 8th and last Oscar Nomination. Highly recommended. 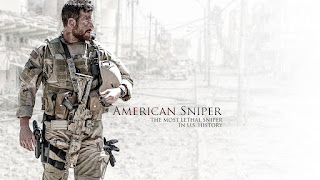 OK, first off, I don't get why there was so much controversy about this film. It shows what these men and women go through when  dealing with having to kill or be killed. Some break down but others do get a kick out of it-human beings come in all shapes and forms. If you are not into swearing-don't watch this because, nowadays, war films must have all people swear to the nth degree. Do I feel Bradley Cooper deserved an Oscar Nom for this? Nope. He was really good in the role but I have seen better. Sienna Miller played it well as his wife and we really get the  sense of what it might have been life when a soldier is over there fighting and having to kill someone who is very young. Where it falters, for me, is how he dealt with his PTSD. It was touched on but it was almost hurried up. It dealt quite well with him being a soldier but the film didn't know how to deal with PTSD so it seemed whitewashed. This fault lies with Clint Eastwood who directed the film. It's a good film but it left me wanting more. 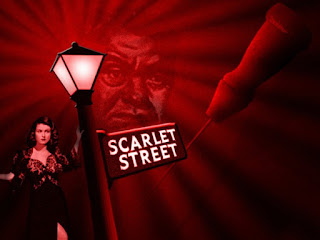 Joan Bennett is at her sultry but floozy best. Edward G Robinson plays a mild mannered banker wannabe great artist and Dan Duryea plays the squirrel for brains boyfriend of Joan's who likes to rough her up every once in a while. Of course the dame only wants more. This is a great film noir! It is one of my favourites and who can beat a classic scene where Edward G's character is painting Joan's toenails. When Christopher (Edward G) first meets Kitty (Joan), she is being smacked around by guess who, yup squirrel for brains. Christopher saves the day and takes Kitty, with the ugliest raincoat I have ever seen, out for a coffee. Christopher is smitten and day dreams about his little Kitty even though he is married to a shrew of a wife who makes him do the dishes in a frilly apron. Kitty purrs and Christopher is her true lap dog who starts to embezzle from the bank he works for to please her. When Christopher goes along with Kitty, in her taking the accolades for being a great painter, you know it is not going well. By the way, the paintings are ugly especially her portrait but whatever works! See this film when you can. 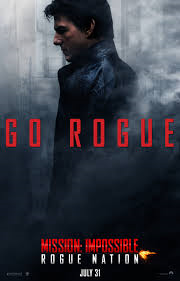 Hold the phones! I actually went to the movie theatre-holy filmland Batman! Yup I saw this film yesterday, wasn't planning to as I wanted to see a special on Andre Rieu's concert in Maastricht but the cost was $18! So I used 2 free passes to see this film with my best friend. I am not a fan of Tom Cruise, the person, since he is a control freak who thinks Scientology is something good, but I do like his movies. This film co-stars Simon Pegg, Jeremy Renner and Alec Baldwin. Rebecca Ferguson is the kick ass female who saves him twice actually. This is an excellent flick with plenty of heart- stopping moments. Yes Tom Cruise is actually on the side of that airplane, with cables, no CGI for this one. He loves the thrills-he is nuts. Even though I am rolling my eyes with yet another remake or a continuation of the same character(s) that is so ripe in Hollywoodland, this is a good movie.

Whew! So there is my exhaustive list. have a great week everyone!