Film Society-Film Review or shall I say Reviews:) 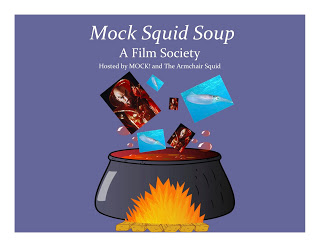 Oh..I haven't forgotten...it's that time again for the Mock Squid Soup Film Society blog hop put on my Mock and The Armchair Squid. This month we were to pick a film from the previous sessions and review it. I happened to pick 2! I wasn't planning on this but I found the one film at the video store and since I have been wanting to see it for years, I took this time to see this film. So the first film I chose to watch is...... 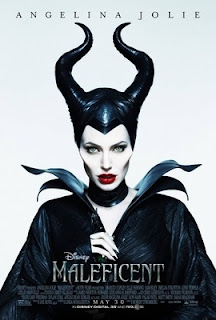 This was initially reviewed by Toi Thomas and since I love Fairy tales, I decided to see this film and I was not disappointed. Now it is not as good as "Ever After" but it still brings more to the table than I thought it would. Of course, Jolie plays the "evil" queen but you realize she is not evil but was just badly betrayed by a man she trusted who happens to be the King. Elle Fanning is great as the young Aurora and brings sweetness and light as she is supposed to. I love the costumes and the cinematography. Of course there are some parts that I wonder about like how she can sleep through the night not realizing her wings got "clipped" (sorry) but, who cares? It's a great story and inventive in this retelling.

Now my 2nd review is for the film I had been wanting to see for a long time... 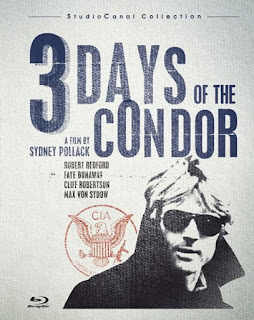 This was initially reviewed by Mock. Yup, I waited many years to see this 70's film with the very handsome Robert Redford and I can now say I saw it........Big whoop di do. It is so 70's especially in the ending which is why I hated so may 70's films. I can't stand those non endings. Please for the love of God, can't they make a bloody ending instead of just leading you around and then...that's it! Grrrrrrr. Now Redford works for the CIA reading books-any books and gives info to the CIA of what he thinks. He stumbles across something he shouldn't have but doesn't realize it and his fellow employees all get whacked. Redford, Code name Condor, is now out to search why this happened and to try to stay alive. It all sounds thrilling but I just couldn't truly get into it. Of course he "kidnaps" Faye Dunaway (why anyone would want to kidnap her I have no idea) just to escape from the people who want him dead. They go back to her chic 70's apartment (it's a hoot to see what the decor was back then-brings back the horror of 70's design), he proceeds to tell her the story which she doesn't totally believe. He ties her up in the bathtub and leaves only to come back later, unties her so she can answer the phone to tell the man she loves that she will meet him the next day. Now as any woman will do because I know I would, she ends up sleeping with the Condor because I guess, she just loved the way he tied her up. The best thing in this film was Max Von Sydow who I think is a great actor and is wonderful in this film.  OK, it is Robert Redford so maybe I do understand why she hit the sheets with him.

I'll watch Maleficent any day before Condor. Oh well can't win'em all.
Posted by Birgit at 9/11/2015