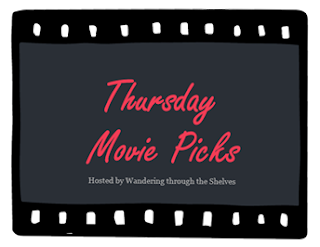 This is the season of all the kids going back to school including all the ruffians going to college or university. I was never a ruffian.....and I have some swamp land to sell you:) I loved my university years even though I never want to relive them since my liver couldn't handle it. I almost went with Animal House which is iconic. I have yet to see Dead Poet's society..I know, me bad girl and I almost went with Good Will Hunting but, I didn't. So these are my 3 that I picked for this week that I think you may enjoy. Head on over to Wandering Through The Shelves to see what the others have chosen.


Don't we all decide to sing and dance in the halls of our college with a huge famous band to raise money for the college they love. This is essentially the plot but the plot is not the point when you have the great Judy Garland, the ADD Mickey Rooney and the Tommy Dorsey orchestra with Busby Berkley directing the finale (Garland hated Berkley so he was replaced). The singing is great and the dance sequences are precise and very Busby since he made the overhead shots famous and still used today in homage to his musicals. He was in the military so he used his expertise  to choreograph a large amount of dancers into precise dance movements which are mesmerizing.


This movie may also be a popular choice this week but I had to pick it because I love Russell Crowe who brilliantly acted the part of the off the wall real life professor...John Nash. You see the young, brilliant man enter Princeton with his friend, played by Paul Bettany( actually Paul Bettany and Jennifer Connelly met and fell in love on set and have been married several years now) and struggle with his fellow classmates, teachers and his own peculiarity. You see him fall in love and marry and finally end up teaching at the college. It's a shame that the real Nash's died in a car accident a couple of years ago. Jennifer Connelly won an Oscar for her role (not sure if she should have but that's another story). If you have not seen it, I don't want to say anything more but it does have its surprises. Also note that this is a Hollywood biography so they left out some major facts (adultery, divorce) but just enjoy the film for its telling of a man with some serious issues.

What films can you think of?

OK I do love Animal House...


Have you ever been in a food fight?