It is with great sadness to let you know that my mom died last night around 7:41pm. I was with her and am feeling very lost and stunned (more than usual). I was so hoping she would make it to her 90th birthday on February 10th but she didn’t. I am just so happy that we had her here for Christmas. She was great on Saturday for my brother so he left for Indianapolis on a work trip coming home today. I saw her on Sunday and she was sick but alert. I talked with her and she said “I love you, baby” the way she used to. I was worried so I called at dinner and they told me she was ok but didn’t eat much but had no fever.

The next morning, I called and mom was restless for the night and threw up again but was beginning to settle in. When I called at noon the doctor had seen her and was on prednisone and antibiotics plus they did a swab for the flu. Everything seemed good so my hubby and I went out after work to buy a toilet and bathtub becUse our pipes burst in our bathroom and there’s were major issues so my hubby had to completely gut the bathroom.

I came home, ate and listened to my messages which one was the home. I called and they told me she was not responsive. I went and she was sleeping but I knew she would not wake up. I 5alked with her and even sang thinking she would wake up to tell me to stop. I was texting my work friend to tell them I might not be in checking on her breathing when I saw she had stopped. I called the nurse and she had passed. My mom was my rock, my confidant, and I suffered the loss twice...first when she got the dementia and now her final death. I hope she is with my dad and I hope I get a visit from her in my dreams.  I won’t be posting or even commenting but if I do, it would be just to get my mind off of losing the best mom and a wonderful, spirited lady. 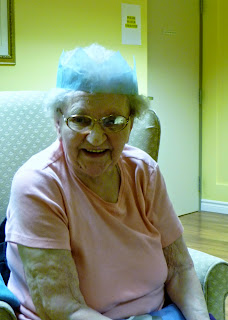