What I Watched in February

Let's all be my 3 cats and just chill.... If only. I am trying to create my resume and it seems to be a huge thing to make sure to use action words and descriptions and percentages but keep it all short and on one page. I dislike...no...hate this resume shit because my mind immediately travels to the same words plus simplistic. That's right, little squirrels are in my mead and they control my brain. Oh, and our gas has gone through the roof! It is $1.67 per litre which is nuts!!

I have not watched as many films this month but I still have watched some but I am not going to do lengthy write-ups like before. I talk too much!

I couldn't find a trailer via youtube through Blogger. Red Skelton as inept man who can't keep a job. Funny!!

Crazy bitch Barbara Stanwyck, married to an idiot(Kirk Douglas in his debut) tries to keep Van Heflin in her web. When the dick is up, their brains are up their ass (my grandmother's quote..it was in German originally). 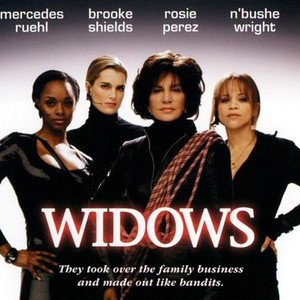 Before Sandra, Cate, Rihana...we had these 4 gals in a 2 part TV movie. These 4 gals are connected by their husbands who stole for a living. They must now steal a priceless painting. A nice mix of humour with raw emotion and some humour as well, by mainly Brooke Shields and Rosie Perez. It's a bit uneven but well worth the watch. Filmed in Toronto!

Lady Diana is going nutsy at the last Christmas she has with Prince Charlie and the family. Kristen Stewart is quite good...irritatingly so. Music drove me nuts. Meh...

If you learn one thing from watching Bonanza, never fall in love with any of them because that meant you were going to die. Dad, played by Lorne Greene has 3 kids from 3 different moms-he was widowed 3 times and, no, he didn't kill any of them. The oldest is Adam, He's the one with the tack up his ass in the intro. Genial Dan Blocker is Hoss Cartwright who ended up dying from an embolism after surgery. They had Hoss die in the series, which was rare for that to happen in those days. Little Joe is the youngest who is a quick draw and loves the gals played by Michael Landon who went straight into Little Outhouse On The Prairie. Love this show!

If someone doesn't know this show then you have been living under a rock. I am re-watching this show and loving every part of it. Love Harpo!

Love, Love Love this show where people bring in some of the oddest things that may not mean much to us if we saw it in a garage sale but you hear the stories, see how they are fixed and look at the faces when the owners come back to pick up their treasure. It is all done free of charge! Most people are in tears and ask if they can pick it up even though they own it. Love it!

That's it until next month? What have you seen? Any suggestions?