What I watched in April 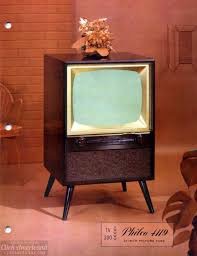 I didn’t watch nearly as much as last month but I still saw some so here we go....

Yes, this is a Mel Gibson film but, although I never cared for the man ever since I saw him interviewed by Barbara Walters way back in the 1980s, I do believe he makes some really good movies and this is one of them. I would say it is an excellent film. It is violent but that is what war is and, I believe, it is not gratuitous. This is a true story about a man that, due to his religious belief, he refuses to carry a gun but wants to be in World War 2. he faces many uphill battles from his own side to begin with but, boy does he prove his worth. If you read about the actual man, Desmond Doss, he enters the war as a conscientious objector medic who saved over 75 men (many say it was more) during a key battle and was the first conscientous objector to be awarded the medal of honour.
2. TITANIC-1997
Yup, I watched this drivel (Dribble? Drivle?) of a flick because there was not much else on TV and I wanted to slum it. I was hoping I would change my mind about it but...nope...It's the Love Boat sinking. The costumes are excellent and the detail that went into the decor and how it showed the ship at the bottom slowly come alive as it used to be is impressive, even the acting is good but the writing and directing by that ego inflated goon, James Cameron falls into a pit of crap. He went all cutesy teenage love story where the kids fall in love and poor slob, Leo, gets invited to first class engaging the rich people to listen to what he has to say... Yeah, and I have an Oligarch yacht I want to sell you. Rose and Jack go in and out of that freezing water so many times I am surprised they didn't become prized ice sculptures surrounded by caviar. Never mind the true stories that are much more interesting than Jack and Rose, let's centre on a story that would never, I repeat, never happen in this manner. Besides, I don't care if old Rose is 100, I would bitch slap that old broad for throwing over that honking, tacky blue diamond into the sea. She hated that thing so why would she keep it all these years? Didn't her grandkids need to go to school? Where did she hide it all those years from her husband? You mean, she loved Jack more after knowing him for 3 bleeping days than her husband that she was with for probably 50?  Ughhh
3. GOON-2011
I happened across this fun flick and laughed my ass off. It is brutal, stupid (maybe moronic) and many F bombs but I laughed and laughed. It is not for many since you do see a lot of blood splatters  but I just couldn't help laughing. Obviously, the men who wrote this must have loved Slapshot (starred Paul Newman and that is a much better film) and wanted to make another hockey film. It stars Seann William Scott as a dumb bouncer who finds his dream job on the ice as an enforcer for some minor hockey league. We also have Liev Schreiber as an experienced enforcer who is adored by man fans. It is  loosely based on a man named Douglas Smith who co-wrote a book, with Adam Frattasio, about his exploits on the ice.
4. MINORITY REPORT-2002

This film stars Tom Cruise as a cop, haunted by the disappearance of his son, who captures criminals before they commit murder. Yes, it is sci-fi mixed in with thriller and a conspiracy story deftly handled by Steven Spielberg. You see there are these pre-cogs-2 men, twin brothers and a woman, who seem to spend their life in this water connected to some tv where their minds show what will happen. The problem is that is it true or can it be manipulated? Well, you have to watch the film to find out. It is well acted and I thought the story was quite original.

This is quite a good movie bringing a hint back of the old screwball comedy but on a much darker side. Katherine Hepburn place Grace, who lives in a slumlord building and is ready to be kicked out of her apartment by the a-hole landlord when she witnesses his murder by a hitman, Nick Nolte. She follows him and decides to hire him to kill her. He is a bit put out by this request but she will not take no for an answer especially when she gives him all her life's savings-$2,000. When he meets her again, she has told a few of her old cronies that live in the same building and they want to be done in too. Before you know it, it becomes quite the business venture but not in all the ways you expect it to be. The 2 of them start forming a bond like only a demented mom and son could be. It is not a great film but it is funny and quite engaging.

I love Mark Strong, who usually plays a villain, but in this show, he is a doctor who does questionable services for people who wish not to have it known they need a doctor. His base of operations is in the bowels of the subway where he has a trusty sidekick who helps him and, soon, brings in a fellow doctor/scientist to help cure his wife who is in a coma. It goes on from there where he seems to sink lower and lower all for the love of his wife. It's well acted and I love the drama punched in with some good comedic bits that are played out dryly but with good effect.

I love a good mystery and, when I was young, my mom always bought me books on unsolved mysteries whether they be true or fanciful or a novel...I love them. This is one show that looks deeper into some of the most famous but does not take a tacky look at things but more of a research style which is what I love. I just watched one about the famous Amber room that was looted by the Nazis  from the Catherine Palace in St. Petersburg. Of course, they tackled D. B. Cooper, the convicts that escaped from Alcatraz and the Titanic but they also talk about the 5 Sodder kids that supposedly died in a fire and the Dyatlov Pass Incident. Pretty cool.

I came across this and didn't think much about it. To be honest, I rolled my eyes  thinking that it was going to be about these playboy women in fake tans, boobs and all bashing an asshole now that he's dead. Well, Hugh Hefner was an asshole and he is dead (I never liked this creepy bastard), but I was very wrong about these women and am readily admitting to it because I judged them. They stayed with him and on his place, they were in the magazine, frolicked by the pool so why didn't they just leave? Well, when you watch this, you find out how horrible this was and it is too difficult to explain in a few short sentences. These women were terrified, abused, gaslighted, drugged up and slowly stripped of their power. I always remember seeing Hefner on Larry King with Holly Madison and a couple of others and I remember a few of her looks that disturbed me. I felt she was uncomfortable and very unhappy but I didn't know what was going on. Before ye judge, watch this show.

What did you watch this past month?