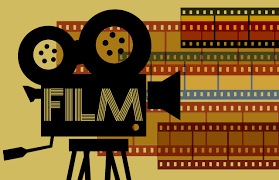 I’m continuing weekly what Wandering Through The Shelves created but decided to go twice per month, except for February and October. I just enjoy this weekly event so I’m pushing on and since I wrote about big cats last time, I’m writing about wolves. I love...love wolves and feel they are often mistreated because people think they are a menace or evil....dumb F#@&s. I’m not going the werewolf way or that wolves are evil but the way they truly are...a wild, majestic animal that do kill, but are loyal and quite family oriented. My dad loved the wolf and met up with a few during his life time and I loved his stories. Here are 3 films I decided to choose...

This is an Italian film that became a big hit and one I saw way back in the 70s so it’s been a long time since I saw it but I remember loving this movie about  the love of a wolf by a boy and his dad. It comes from one of my favourite writers, Jack London, who loved everything up north and wolves. A boy befriends a wolf and vice versa. The dad, initially, distrusts the wolf until the wolf saves the boy. Along the way they end up in a corrupt town where they meet up with the luscious Virna Lisi as a nun and some angry townsfolk who want to do away with White Fang. It’s a heartwarming, sometimes, tense film but one that is worth a look. By the way, the trailer is for the sequel. I couldn't find a trailer for this film via my blog.

I saw this film in the theatre and was entranced by the cinematography, the acting of Charles Martin Smith, mainly known for “American Graffiti”, as a man, sent by the government, to get the proof that the wolves are hunting and killing caribou. When he is dropped down in the middle of nowhere, he’s rescued by an aboriginal who helps him learn how to live in the wild. He learns from a family of wolves that they eat mainly mice and only kill the sickly caribou which actually makes the herd stronger.  Due to this film, Smith decided to live near Vancouver loving the wild country and the wolf. Beautiful film!

This film has become much maligned over the years and to be honest, I just don’t get it. I do find Kevin Costner a bit wooden, but I thought he delivered a nice film about the plight of the Native Americans. Sure, nothing is 100% true, maybe not even 60% but he deals with the disappearing west with respect.  And how can you not love Graham Greene who plays a Sioux who ends up becoming a good friend of the weird white guy. Costner is a decorated Union soldier who wants to be sent to a desolate outpost. He is the only one there and befriends this friendly wolf he calls 2 Socks because of the wolf’s front paws. Over time he also befriends the Sioux and falls for the white gal who was raised by the tribe. His idyllic time ends when jerks  from the army come to find out what happened to him and believe he has turned his back on his army. To say I cried like a blithering idiot, at one point, would be an understatement and I do wish he would have not taken this wolf route but he did. I love the soundtrack which I own on CD.

One final viewing about the wolf...

I hope you all watch this 9 minute piece about the wolves reintroduction to Yellowstone which explains how nature is resilient and we need to respect it.

Any wolf movies you can think of?