Stephen T McCarthy has requested a list of the top 25 films that are your favourites. He asked that the first 10 be separate from the other 15. Also, it is not a list of what you think of the best films but which films you love and could watch over and over again.  You can combine a trilogy (Star Wars trilogy, the first 3 for example) but you can't choose  Stars Wars and Empire Strikes Back to be as one film when they are not. They don't have to be listed from your most favourite to least either...just your favourites as is ...is fine:) If you can place them in alphabetical order that would be nice. He would love the list done before October 31st...I think. Oh Heck, just go to his blog and read. So without further delay, here are my first 10. One more thing, I decided to find pictures of my favourite scenes from the films rather than a poster. 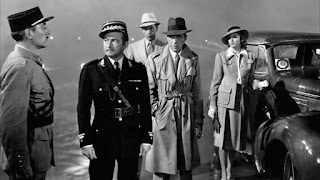 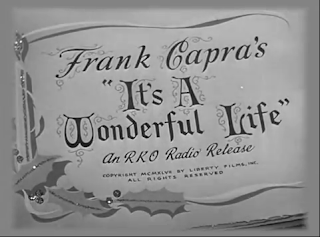 This is my favourite film! We all need to view our life this way. I love every scene so this is the start. 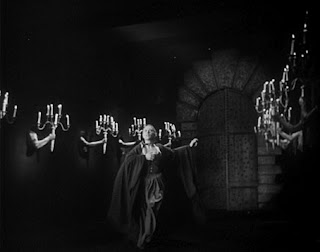 This IS the BEST version of a fairy tale ever done! Period! It simply took my breath away when she opened the doors and went down this hall. Jean Cocteau is a genius (he's the director). 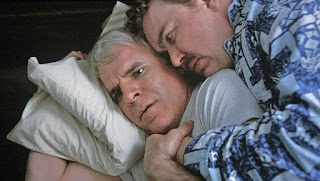 "Those aren't pillows!" I can't fathom of someone not having seen this film. Perfect pairing of 2 fun and great actors. Great priceless scenes and the music just adds to the brilliance of the film. 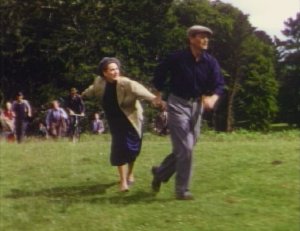 The all man John Wayne falls in love with the beautiful but spitfire Maureen O'Hara in a great comedy romance set in Ireland. I have to admit, if a man didn't get put off by my high-falooten ways and dragged me through 5 miles of country, I would be bruised up but I would look at him with happy excitement dreaming about breaking the bed (see the film). 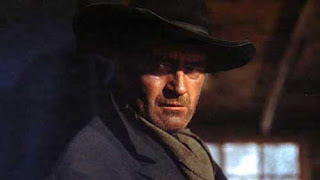 I love John Wayne and Westerns! This is one of his best acting roles ever. He showed tenderness, loneliness, anger, hatred,  and so much more. When I saw him look back at a woman, this look reminded me of my dad who could shoot the same look. Powerhouse film 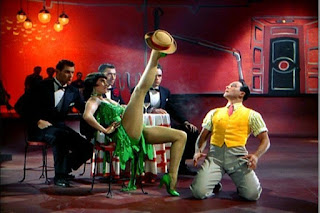 Great musical! Stunning dancing! Great story when the movie industry went from Silent films to sound. If you think they overdid the issues of silent movies and stars going to sound...think again. Jean Hagen as the big silent film actress just about steals the show (but not Cyd Charisse's legs)

Hitchcock at his best. 2 men meet on a train-one is nuts and he wants to swap murders...criss-cross. So many scenes are brilliant and you never think of a carousel ride the same way again. 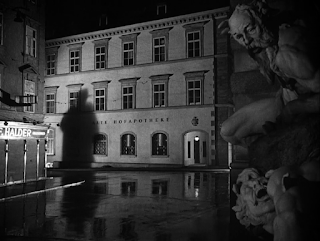 Post war Vienna, shot on location brought me to film noir with unique angles. I am not sure if there is any shot done that does not have a crookedness to it. Add the wonderful Third Man theme played by Anton Karras with his Zither and you have a stellar film. 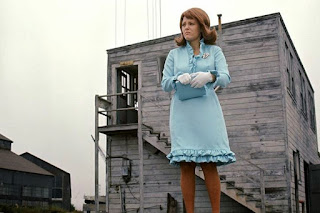 Crazy ass comedy hi-jinks at its best! a tribute to all the screwball comedies from the 1930's and early '40's. When my dad saw this scene, he laughed so hard, tears were streaming down his face. This film has a car chase scene to end all car chase scenes.