The last 15 of my Favourite films

So, as promised, here is my list of the last 15  movies that are my favourites. They are not the list from the American Film Institute or anything like that, just my own favourite films. Stephen T. McCarthy asked if I would participate in making my top 25 favouirte films of mine. The first ten I blogged about last Friday. Anyone can join and make their list which he would like by October 31st ( but it might be extended:) If you love a trilogy then don't name each but just the trilogy (ie-Star Wars first 3 films). Oh yes, instead of the usual poster, I went with my favourite scenes. So on with the show ... 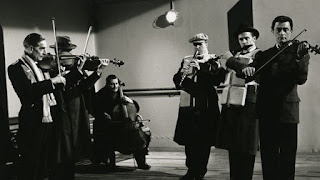 THIS is the Titanic movie not that crap from 1997 which is basically the Love Boat sinking with great music and great special effects. If you want the real story down to the drunken baker (who did survive), then watch this film! 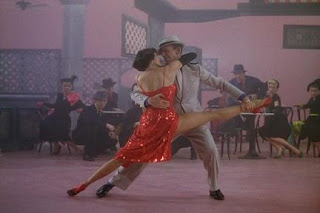 I love musicals and this is a great one with Fred Astaire and Cyd Charisse. Any man who doesn't drool over her when she dances has got to be dead. It's all about a one time big Hollywood star who decides to conquer Broadway. It is funny, satirical, well-acted and the dancing is wonderful. 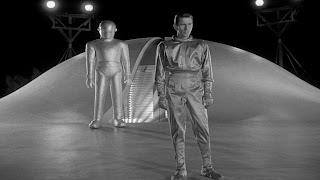 Forget the remake (blechh)-this is the film that introduced "Klaatu Barada Nikto" plus that eerie music that starts playing every time  Gort is summoned. It is a great science fiction film that talks about peace  in the depths of the Communist fears 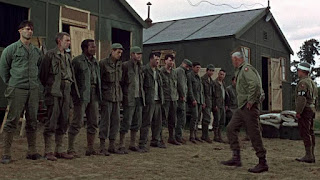 Gosh this is a rollicking adventure war film and we see very little of war. All these men have done something to either see them hanged or in prison for a long, long time. They get a reprieve if they work for Lee Marvin to infiltrate a Nazi command post. It's rough, they are put through their paces and when they band together to defy their leader, he makes sure they can not bathe or be given basic toiletries...Yup, everything's coming up roses. 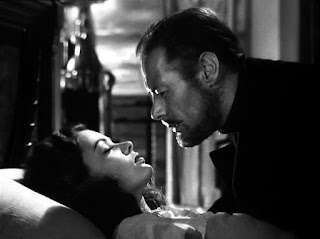 This film starts with no music! One sees the gothic moodiness of the setting. The beautiful Gene Tierney stars as a young widow who meets a ghost, who used to be a sea captain. When I was a young girl I was so hoping they would kiss. Great movie, funny and poignant. 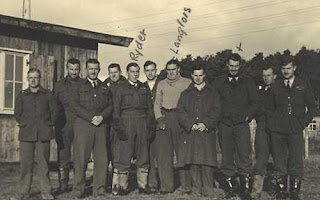 No, this is not a scene from this great movie but some of the actual men from this POW Camp that built the tunnels. I just had to put this picture here to honour them. I had no idea how many Canadians were part of this escape so that makes me even more proud. The film has funny moments and very sad ones as well. One of my favourite characters is played by Donald Pleasance who actually endured a POW camp in WW2. 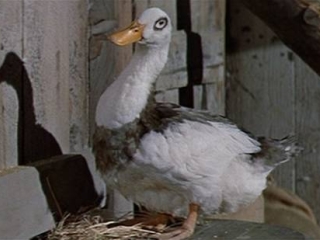 Yes, I know, what's with the duck? If you have seen this film then you know it is Gertrude who joins in on the escapade to the center of the earth. I love this duck and found this film so entertaining. Yes, they just showed lizards instead of actual dinosaurs  and Pat Boone is in it, but it's fun! Every time it was on TV I would watch it. 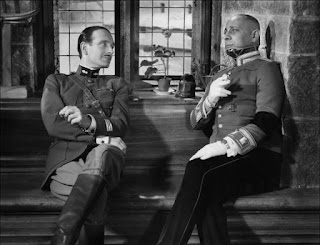 This film is directed by Jean Renoir...the son of the famous painter and a great artist himself but in film. When I saw this movie I was mesmerized by the writing and great acting. It is not shown as black hats and white hats but as men in a difficult war. The French leader of his men and the German officer become friends. One sees class distinction, honour, sadness and hope all in this movie. 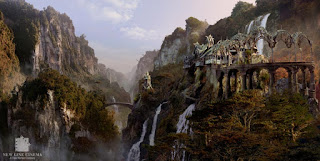 I am one of these nerds that would love to learn the elfin language. This is a classic even though it is only a few years old. I wish I could go to this magical place called Rivendell. If you haven't seen it...please do. 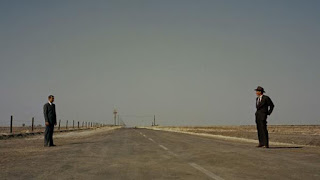 Of course, Hitchcock has to be here again. I could make a list just with his movies. A case of mistaken identity- a man (Cary Grant) meets one devious devil played by the superb James Mason and must take an adventure to clear his name. He ends up in Lincoln's nose.... 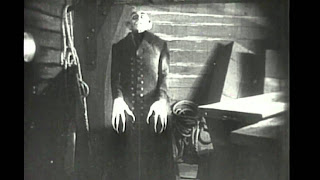 This film freaked me out especially when he rises from his coffin. The great F.W. Murnau directed the German expressionist film starring Max Schrek (means Terror). The make-up, to this day, is one of the best. (On a side note, you should see Shadow of the Vampire-Willem Dafoe plays Max and he deserved an Oscar). 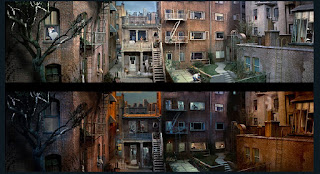 I love Jimmy Stewart and I love this movie which is another Hitchcock film. It takes place on this set and even though, we can't move, just like Jimmy's character can't, we are brought into to being a voyeur and see what he sees. We realize, soon enough that we want to know all the goings on of the people around. Hitch was fun playing with our heads. 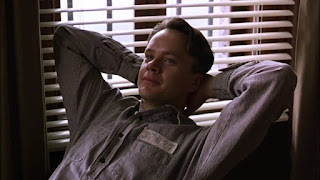 I know it is different from the book but I don't care. This is a great movie about patience and defiance. When  Tim Robbins' character locks the door and plays this beautiful aria, it was magic. I could see me do this because I like to defy jerks. 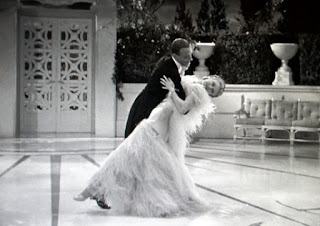 The Astaire-Rogers musicals are heaven! Thank god for film because we no longer see the beauty of great dancing any more the way we used to. They made 10 films together and I would say to see all of them but I picked this one because of the plot, which is typical, the character actors which were often in their movies, the over the top set (Venice never looked so white and deco) and the dancing. This is one of my favourite dances and I agree with Ginger-the dress is great (she helped design it). Fred hated the dress-sorry Fred. 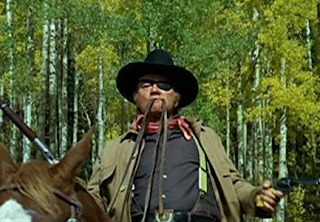 I could make a list just with Westerns! John Wayne alone! Now THIS is the film to see not the remake...sorry. I liked Hailee  Steinfeld but Jeff Bridges tried too hard to sound like a gravel voiced oldie. I hated his take on it. HATED it! John Wayne brought in everything about this character, roughness, drunkenness but also tenderness. I even prefer Glenn Campbell over Matt Damon. This scene when he tells Ned Pepper to fill your reigns, got my heart a thumpin with awe.