Against The Crowd Blogathon 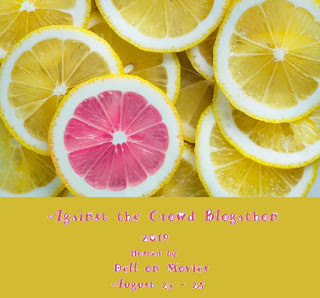 It is once a year where you can choose a movie you hate that everyone loves and a choose a movie you love that everyone hates. You must show the rating from Rotten Tomatoes and explain why you dislike the film and why you like the film. Does that make sense?? I have chosen a classic film that everyone says is a triumph but i just don't see why and I chose a dumb ass comedy that I love but it gets a sour rating. The host for this yearly series is Dell at Dell on Movies which you should check out. I believe the list will be up on Monday August 26th so you have until that time to join in and have some fun.

The film that is heralded as great and I just can't stand is...

AGHHHH! I can't seem to show the Rotten Tomatoes score as it says "server failed" . The film received a 96% approval rating and you can see it here.


OK, I know I am supposed to love this film because, it is  considered a classic, it has Orson Welles who directed, wrote and co-starred in the film, Charlton Heston, Janet Leigh, Marlene Dietrich, Mercedes McCambridge, Dennis Weaver...the list goes on but I just had a hard time with it because I was laughing at some major points which were supposed to be full of angst. I will say the opening shot is excellent and I do love the camera angles but it is just so over the top that I am surprised Mamie van Doren and Vampira don't co-star. I can't get over the lousy look of Charlton Heston as a, ready..., Mexican. I mean...Moses is a Mexican. He is a narcotics officer on his honeymoon  with the beautiful Janet Leigh in a declining, no nothing, desert town near the Mexican border (can you say he went all out on their Honeymoon) when a car explodes. From there the couple are drawn into the seedy life of this town led by the corrupt, very obese Orson Welles. Janet is kidnapped by a gang that looks like they just came off the set of Grease, led by cougar Mercedes McCambridge who is chewing the scenery as some lesbo who has the hots for poor Janet. Dennis Weaver is over-acting, I could hardly understand what Orson was saying. The only bright spot was Marlene as some gypsy who looks at Orson and says, in her thick German accent,  "You're fat." I will try and watch this again but I feel like this is the Emperor's New Clothes where everyone says it's wonderful and a classic but it is just wrong.

Now, the movie I like which everyone hates and,  .... OK Problem again with Rotten Tomatoes, only received 28% approval rating which you can see here, is...


If you can't stand Will Farrell then just move right along because this is a movie starring this moron. To be honest, I have a feeling he is a real jerk just from what little I have seen of him on the red carpet but I find him hilarious except in those Anchorman movies. This film is not going to win any awards but I was laughing real hard (Haaa!)  at this dumb ass flick(FYI Asses are shown in this film and I don't mean the donkey/mule kind) where this man plays a wealthy, jerk stock trader ready to marry some twit who happens to be his boss's daughter. He is framed for insider trading so he hires Kevin Hart to help him survive prison. The problem is Kevin Hart knows nothing about prison. Poor Kevin is a family man who hopes to buy a house one day. It's dumb, it has no grandiose plans to make my mind work and think deeply about life. It is politically incorrect so...what's not to love, unless you can't stand Will Farrell.
Posted by Birgit at 8/23/2019