What Did I watch in January

Yup, we got some more snow, probably another foot or so but it is pretty and i just love how the snow crunches as I walk. By the way, the city, after I kept bitching..er...complaining, clear that side of our sidewalk. Yesterday, the plow went through and I stood on that sidewalk waving my finger back and forth. He smiled and tipped his hat to me and I gave him a big smile waving thank you!

Now, Brittani over at Rambling Film posts about TV Shows she has watched in the past month and I thought I would do the same but more centred on movies. You should check out her blog where she centres on more recent films/TV shows or films out in the theatre/Netflix/etc:))

I spoke about this film just recently about a man who travels to a cottage for a renovation job but he has been there before and knows all the people there. The people end up talking about an eerie episode that happened in their life. Enjoyed this British flick.

Anyone ever watch the TV Show, Early Edition? Well this show is based on this movie where a man, who works at a newspaper, gets tomorrow's paper from an old man who has worked at the paper forever. It really is a nice movie that stars Dick Powell in the lead who take full advantage of the paper and the beautiful Linda Darnell as the young lass who works the people over with her Uncle as a clairvoyant in a show that Dick takes in. I am trying to see more Linda Darnell films and this was on TV so I was glad to see it.

I just love Claude Rains even if the film is not up to par which is this film. It seems to be a paler imitation of the great Fritz Lang film, Scarlet Street, but it is still worth a look. Claude plays an accountant (and a train watcher) to a Dutch firm who finds out his boss has been pilfering the funds from his own firm bankrupting it in the process all for the love of a tramp. Claude takes the opportunity to flip the tables, take the money, take the train and head off to Paris to meet this tramp. He, too becomes infatuated with her but, he is not as stupid and hides the mulah with her, her boyfriend and the police hot on his trail. A fun flick to take in one rainy/snow day.

Ughh..I don't know but I just shake my head at this South Korean flick that was a big money maker for them. It might be better if I didn't see it in its dubbed version but it was like a comedy with annoying people that switches to drama but goes back to comedy before the tidal wave hits. ughhh...no.

This is the 3rd instalment in this franchise starring Rowan Atkinson(Mr. Bean) as an idiotic spy who seems to kill more of his own men than the bad guys. I was feeling blue and this came on at the right time. Yes, it's stupid so, right up my alley:)). I also like Rowan Atkinson, Ben Miller, who plays his partner and Emma Thompson as the PM of England.

Gerard Butler saves the day as the Captain of a submarine who must try and save others on a sub and soon finds out there is a Russian coup going on headed by Putin and his faithful dog, Trump. ok, ok- just kidding on the last part(not really). This is better than I thought it would be with a good cast and some quite tense scenes.

A must see documentary on World War 1 by Peter Jackson, who spent years creating this film from archival footage from the British war Museum. He had to figure out how to match the timing of the old film footage to today's plus he decided to colourize it to add emphasis to the immenseness these soldiers endured. I still remember sitting in the theatre with my brother watching the film and, about 20 minutes in, the full colour came in and my brother just said "Oh My God!" Other people in the theatre gasped. It is a film that should be shown in history class.

You know that both hubby and I love watching this whole series and, each Christmas time and into January, we re-watch the whole thing because it's just that delectable. Follow the Crawley Family headed by Robert Crawley and his American wife Cora as they try to get their 3 daughters married-cool lady Mary, Poor Edith and sweet Sybil but it just is not that easy. You have the downstairs crew too from the great voice Mr. Carson and no nonsense head housekeeper Mrs. Hughes and the sad lovebirds of Mr. Bates and great crier Anna. It is a divine series well acted and you have great costumes and don't forget the home which, we hope, we can visit one day.

I bought the first 2 seasons for my hubby for Christmas and we enjoyed watching these notorious characters make it rich on the extremely stupid idea of banning alcohol making it the 19th Amendment. This gave rise to the mafia which included  a-holes like Capone, Luciano and others. This show focuses on "Nucky" Thompson played by Steve Buscemi and all the players around him as he controls the Boardwalk in Atlanta. It can be gruesome at times and, sometimes, you blink your eyes and go "What the F...?!" but I highly recommend it. Now we must get the other DVD's:)) 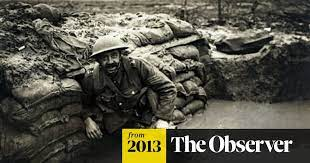 I found this DVD in Giant Tiger, a store similar to Walmart, but Canadian. It is smaller but still holds everything there from food, fashion etc..I found this for only $30 which comes with a book, mini posters and 2 DVDs and I knew it was a great bargain. The book and other info inside is just as great as the DVD's. The first is a nice play by play on the war where it is simplified so one can follow it nicely. The 2nd DVD you hear actual voices of the people who lived through the war either as soldiers, civilians or nurses. Worth every bit.

Now here is the same view, today, with some additional snow heaps made with hubby's shovelling.

Hubby has to put the snow somewhere but there were drifts in there already and more snow on top.