Let's Go Out With a Lamb...or Sheep 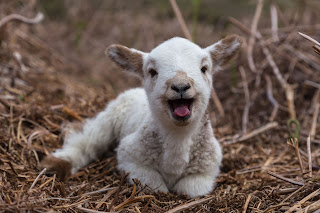 What a cutie! How can anyone eat something so cute (don't answer). On Thursday, we are to be up to 16C but rainy. Screw the rain and Lion, I prefer the cute lamb regardless of the weather. Since we always think lion, I decided to go the route of the cute lamb or sheep. So let's see what I chose...

1. COUNT YOUR BLESSINGS, INSTEAD OF SHEEP SUNG BY BING CROSBY AND ROSEMARY CLOONEY-1954

This song appears in the film, "White Christmas" and is known as a Christmas song but it has nothing to do with Christmas except being in the film. Irving Berlin wrote it, inspired by what his doctor said to him. Berlin had trouble sleeping due to stress. His doctor told him to count his blessings instead of sheep and this should help alleviate the stress. I don't know if it worked but this is a pretty song.

I did watch this show a few times but always remembered the opening which was song so flat, it irritated the hell out of me. So, I decided to include it here. This was composed by Mike Post who was famous for many TV show themes.

3. SHEEP MAY SAFELY GRAZE BY ACADEMY OF ST. MARTIN IN THE FIELDS-2009

This is a famous and beautiful rendition of this classical piece by Johann Sebastian Bach which was composed in 1713. It is often used in weddings now but it was not meant to be this at all. St. Martins in the Fields was created by Neville Mariner (with John Churchill) in 1959 in England. They became quite famous for playing the music in Amadeus. I just think it is quite a pretty piece that we need to listen to when times get tough.

So any sheep songs you can think of? Is it more like a lion or a lamb in your neck of the woods?

I have not spoken about the Oscars because of the shit show caused by Will Smith. Can you imagine if it was Don Rickles up there? He may have said that Jada belongs to the Yul Brynner fan club and got a slap down also. Ricky Gervais would have ended up in the hospital. So let's have some fun with these fashions... 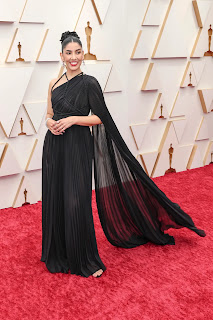 This is my favourite worn by Stephanie Beatriz (who knows?) 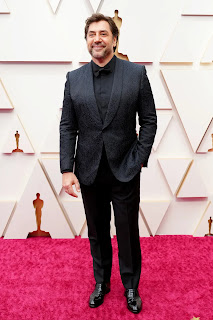 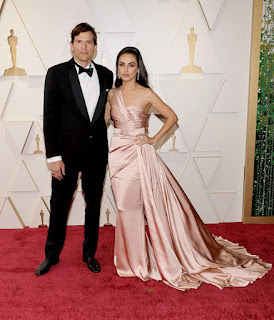 Ashton Kutcher and Mila Kunis look classy but I had to do a double take as they don't look like themselves. 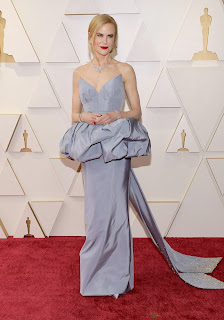 Now I know where Nicole Kidman can hide her sandwich to eat halfway through the Awards. 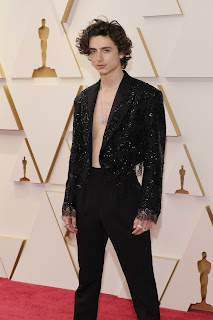 Wear a shirt! You are not ripped and I bet I couldn't find one hair on your puny little chest. 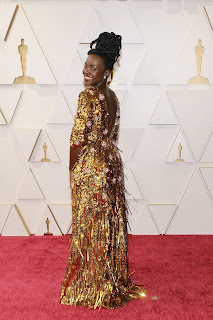 I need some of those gold straw thingys off of Lupito N'yongo's dress to create a card. I bet you would get major paper cuts if you touched that dress. 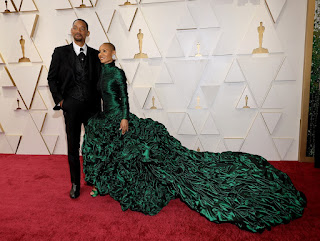 Will Smith and Jada Pinkett Smith in, what I call the Broccoli outfit. She had a hard time walking in this thing. 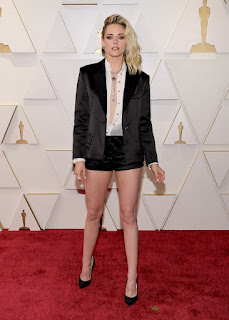 Kristen Stewart woke up in someone else's bed at 4pm after a night of partying. Idiot. 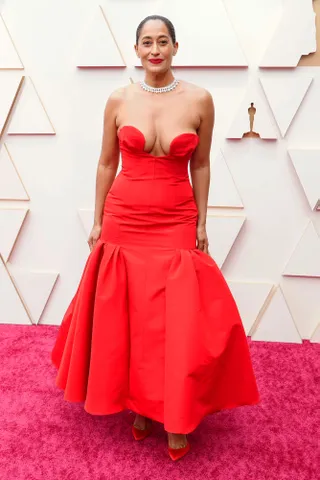 She jiggled those ta-tas in the pre-show and I thought my eyes were shot out of my head. NO! David Oyewole found this mandela image in black velvet and went crazy with the yellow pen. 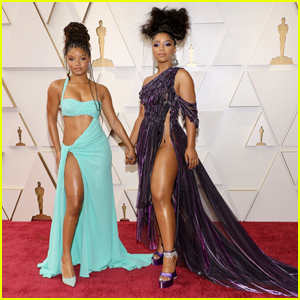 Um....Star Trek called and they want the alien outfits back. Also...what if you have to pee a little? I mean, seriously? Hey, Billie Eilish, give me back my garbage bags! Let's end on a high note with this pretty dress worn by Saniyya Sidney which, I think, is just very pretty. She is in King Richard playing Venus Williams. I had to look her up.