My dad was born on March 14, 1913, well, we always celebrated on March 14th but we found out his birthday was actually February 15th. He was adamant that the government was wrong even though my mom mentioned that he could have been baptised on March 14th. He would have none of it, so I will always state his birthday was March 14th:)). He was 51 when I was born and 52 when my mom and dad started the sawmill business. I would never want to start something brand new at 52...yikes! Anyway, in honour of my dad, I chose a star born on March 14th who never let age stop her (or good genes). 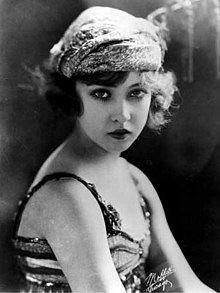 AFFAIRS-Nacio Herb Brown (song writer). He wrote, "Singing In The Rain" for her

KNOWN FOR; Being the last Ziegfeld Girl. Introducing the song "Singing In The Rain"

This lady really impressed me because she danced until almost the day she died. In the very early days, her elder sister Pearl, another sister, Mary and brothers, Joe & Charles, were billed as the Seven Little Eatons even though they were not all siblings (I think a cousin or 2 were in the act) nor were there 7 but it didn't matter because they became well liked for being prompt, knowing what they had to do and being gifted (Big sis Evelyn was the  "stage mom"). Mary became quite famous on Broadway and starred with The Marx Brothers in "The Coconuts" before her career went sideways. Good Ole Doris  was a Ziegfeld showgal when she was only 14 which was a huge no no. To avoid the Child Labour Laws, she changed her name to Doris Levant  until she turned 16 and was legal to dance on stage in skimpy outfits.

Doris landed in films and Broadway as an understudy to Marilyn Miller and she is the one who introduced  the songs "Singing In The Rain" and "The Doll Dance" where she wrote the lyrics to the latter song but never got the credit. By the mid 1930s her career was winding down so she ended up at the Arthur Murray dance studios as a dance instructor. This career spanned 32 years where she owned 18 dance studios and had her own TV show in Detroit. She married one of her pupils, in 1949 ( Paul Travis) and they started a horse ranch! Their marriage was very happy and they remained together for over 50 years until he passed away. Oh, she graduated from the University of Oklahoma at 88 years old Cum Laude and Phi Beta Kappa and, at 101, she went back to get her Masters!

She became even more famous when she appeared, with 4 other former Ziegfeld gals, at the restored New Amsterdam Theatre, for an AIDS benefit and danced the same dance she did back in 1917 or something like that. She was asked back every year after that and appeared on stage in many other places. She wrote a book about herself and her family titled "The Days We Danced" and spoke about her days in the theatre and film including the sad part of her family members, like Mary, who died alcoholics and Pearl, who was murdered (Unsolved). She credited her good health to staying away from alcohol and dancing. What A Gal! 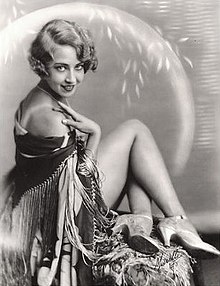 Isn't she the bees knees?