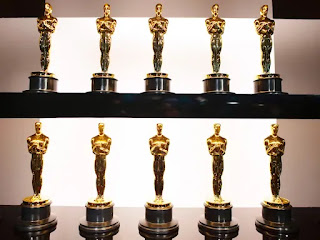 I was set to write this up for last week but I wanted to give a nice post to my sweetie Lucy. My poor hubby went to the vet to bring Lucy and, at the same time, to pick up Wallace's ashes. It was sad. Work has been a bit hectic with all the internet issues, office phone issues and not being informed about all the things I am meant to know about but, hopefully, that is all worked out now. I am hoping to start this new event every 3rd week of the month where I post an Oscar winning song, a song nominee and one that was not even nominated and see if you can guess which one is which. So, let's get groovin' baby because it is 1971 when Charlie Chaplin is finally accepted back to the States and gets a 10 minute standing ovation...cool.

This is the second time that Shirley Bassey sang a James Bond song, the first being "Goldfinger."  I always liked her voice even though it almost sounds too powerful. What do I know but she does sound great for the last Bond film, starring Sean Connery that is produced by Albert "Cubby" Broccoli. He did do a later one but got into a lot of stink playing Bond that was not part of the brand. Anyway, this song was written by John Barry and it's pretty damn good.
2. THE AGE OF NOT BELIEVING SUNG BY ANGELA LANSBURY-1971
This was from the film, "Bedknobs and Broomsticks" starring Angela Lansbury who sings this song to 2 kids (It is Disney so kids are in it) where she sings about how kids grow up and stop believing in things. I still like to believe there is a Santa Claus. This song was written by the brothers, Robert & Richard Sherman.
3. SHAFT SUNG BY ISAAC HAYES-1971
Isaac Hayes wrote this song and performed it to the movie of the same name. Can ya dig it? I'm about as cool as a white marshmellow to be honest so I laugh even when I write "groovy" or "dig it." This song became a huge hit as did the movie which was remade in 2000 but they still used the same song. One day I will have to see this movie.
So, which song won, which was nominated and which had neither?