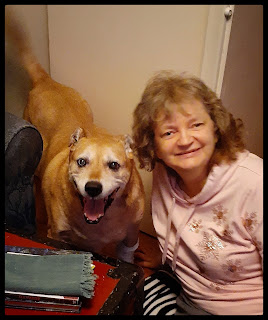 Monday was a tough day. I had to travel to Mississauga that took over 1 1/2 hrs instead of an hour and 10 min. They drive crazy. My first day at work was really good but this was the day we had to put Wallace down . He was such a scaredy cat but he was ours. His cancerous tumour, on his left leg, broke open. His back legs were giving out due to arthritis and he was throwing up. He was 13 and may not have survived another surgery. We had this tumour taken off twice, last year but it only grew back and there was no more skin to make it heal. My hubby talked to him as he passed under the rainbow bridge.

In his honour, I have 3 songs and hope you like them.

Isn't this such a sweet but sad song? I had heard this before but can't recall where and remembered this was sung by Der Bingle. I could only find out that he recorded this in 1939 which was composed by Ray Johnson and Del Porter. Bing liked their act (there was a singing foursome who became famous on stage singing and playing the Ocarinas-I had to look that up. It's like a weird looking fat flute but sounds really pretty.)

2. THE WHISTLER AND HIS DOG COMPOSED BY ARTHUR PRYOR IN 1905

I am not sure who did this rendition but I thought it was cute and enjoyed watching the video.

I love The Byrds and I love the colour blue so this works just fine. Apparently, this is an old folk song from the 1800s and has been covered by many musicians over the years.

I am exhausted from travelling ...have I mentioned the crazy effed up hwys? It took me over 2 hours Tuesday morning to get to work. The nuts on the hwys  are...well,... nuts.

I miss Wallace and so does my hubby...