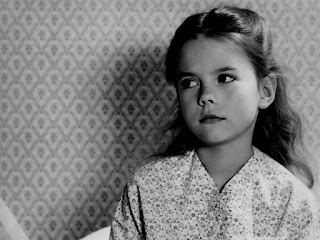 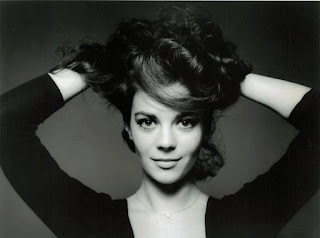 CHILDREN- 2 girls. The Oldest has been dealing with mental health issues and addictions

KNOWN FOR- Speaking  fluent Russian and knowing her lines almost right away. Her phobic fear of water.

I still remember when I heard the news of her death and all the reports that more than one person heard her screams for help in the middle of the night. I wondered why no one took a boat out to see what was going on but I don't know their reasons. I do recall one elderly lady saying she called the police because she could hear the woman's cries for help, but nothing was done. I also found it somewhat strange that Stephanie Power's boyfriend (estranged by then), the famous star William Holden, was found dead on Nov. 12th, after hitting his head on a dresser while drunk and bleeding to death. Robert Wagner and Stephanie Powers were playing husband and wife in the hit TV Show, Hart to Hart. I always wondered if they were somehow an item but I did read a lot of Agatha Christie back then. I always thought it weird that the 2 stars from a hit TV series lost their spouses almost within a week of one another and no one ever mentioned the strangeness of it.

Natalie was a successful child actress who made a success as an adult as well. She transitioned through all the stages: child, teen and adult. Her mom was the epitome of a stage mom even tearing up a live butterfly in front of her daughter so her daughter would cry.

Natalie had almost died in water when filming plus, freakily, she was told by a soothsayer,  that she would die by drowning. When she was 15, she was told by a famous actor that he could further help her career and to meet him at a hotel. Yup, apparently, she was viciously raped but never talked about it. Her sister, Lana Wood, has recently stated that it was Kirk Douglas but I don't know if there is any more evidence to confirm this so we must tread lightly on this story.

She married Robery Wagner the first time, when she was just 19. When she was in a film with Warren Beatty, they started having an affair and Robert Wagner became so angry and jealous that he got a gun and was following them. Needless to say, the marriage split and Natalie ended up marrying again. During the 60s, after her 3rd suicide attempt, she decided to get help..thankfully. she divorced but remarried Robert Wagner, this time, she seemed happy and was in a semi retirement although she was on TV including Hart To Hart and the miniseries, From Hell To Eternity.

She was making a "comeback" film called " Brainstorm" co-starring Christopher Walken. The rumour was that those 2 were having an affair but..who knows. One fateful weekend, Wagner and Wood invited Walken on their yacht and the 3 proceeded to start drinking. They went to some restaurant, drank some more, where others noticed how angry Wagner was. The 3 came back to the yacht, drinking more when there was a heated argument because Wagner was jealous of Walken and Wood. Walken went to bed and probably passed out. Wagner and Wood argued some more. The next morning, the police were called and they found Wood's body in the water. Wagner has changed his story more than once and the Captain, running the yacht, wrote a book ( of course), many years later that he was told by Wagner that she fell overboard but to not turn on the searchlights nor call the police.

I believe Wagner is guilty, not premeditated, but his anger got the better of him. There were many bruises all over her body plus, her sister said it was tough enough for her to be on a yacht, she would never get in a dinghy, no matter how drunk she was. I believe that, but Wagner will never be brought up on charges. Just recently, he was, again, not being charged  but was a person of interest.

Natalie had so much going for her but her life was not easy and her death is now infamous. I prefer to think of her as that little girl pulling Edmund Gwenn's beard or that beautiful woman on the big screen.

The Green Promise-1949- note: She was to cross a bridge that was to break after she crossed the it, but  it broke while she was crossing it. Naturally, the director kept filming while she was being swept under the water and was hurt. She suffered an injury to her left wrist which never properly healed so she always wore a bracelet to hide it. This is the reason she had a life-long fear of water.

Love With The Proper Stranger- 1963