We’re having a steamy heat wave where it’s too damn Hot! 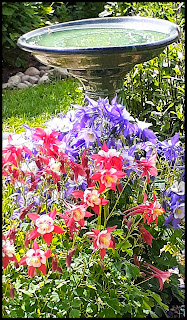 It just feels like the whole world is having a heat wave with people sweltering, forest fires and once large rivers and lakes drying up....it’s just nuts and I hate it. I hate the dead of summer because I can’t breathe and have a hard time sweating. Call it a gift from my mom and her dad but I  just have no idea what it feels like to have beads of sweat fall from my forehead. It’s weird but it’s true and I am so thankful for the air conditioning. That made me think about songs that are all about heat...not in heat although the songs might imply otherwise.

This song is by Irving Berlin for the show “As Thousands Cheer” from 1933. I believe it was introduced by Ethel Waters but I like the way the other Ethel sings it. Marilyn Monroe made it famous again singing it in “ There’s No Business Like Show Business” which also stars Ethel Merman.

This is from another musical theatre hit called, “Kiss Me Kate” from 1948, made more famous by Ann Miller who sang the song in the film version and tap danced to it as well. I actually like the way Ella sings this song.

Who knew sweet little Georgia could steam it up on the Mary Tyler Moore Show. When I saw this episode..um...when it came out back then, I was in Shock because you just don’t expect this from this gal, but she delivers. This song is also from a musical hit called “The Pajama Game”  made famous by Carol Haney, in 1948, who also starred in the film version starring Doris Day and John Raitt ( Bonnie Raitt’s dad).

Which hot songs can you come up with?