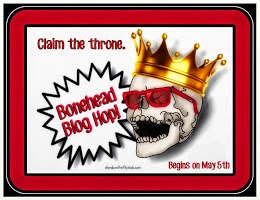 Welcome to the Bonehead bloghop, hosted by Cherdo at Cherdo on the Flipside and Diana Wilder at About Myself, By Myself. We have all done boneheaded moves not full realizing how idiotic it looks or, should I say we look.  I have had many, so many, in fact, that I forget all the moves I have done. Now most are just funny but some can be a bit scary so I will do the latter because I still think it is somewhat funny, in retrospect.

In a land far, far away, many eons ago when I was fresh eyed and bushy-tailed, Ok I never had a tail bushy or otherwise but you get my meaning that I was young and stupid. Yes, I was that magical age  of 18 years old. I went to Europe in 1982, Just little ole me and met up with my Aunt and Uncle. I was there for 6 weeks and loved every minute of it. I was in Graz, Austria for 4 weeks and, being 18, I became bored so one day, while sightseeing I saw a 4 day tour to Budapest. I wanted to see Budapest ever since I heard the lovely Rise Stevens say that city in a dreamlike state in the film "Going My Way." My mom, fearing I would be taken to the Siberian Gulag was in a state of panic but she was all the way here in Canada and I thought she was nuts so did my Aunt and Uncle. We booked the tickets and I went with a whole bunch of old people and one 16 year mountain girl that was hornier than a toad croaking for a mate.

The tour was great (another story for another day) and we were coming home on the bus. The tour was in German and the lady travel agent spoke in a German dialect so when we were coming to the border, I understood nadda! Our bus drove into No Man's Land. Remember that Hungary was a Communist State back then. We were in between the barbed wire fencing with 2 Guard towers positioned at each gate. We had to give over our passports and Visas and get off the bus while German Shepherds  sniffed in and under the bus. I was on my own looking around and thinking how cool this was with all the armed guards and suddenly I had the bright idea..yup, Bone head move!,.....to take a picture! Why not? This is a cool thing and my 18 year old brain was in top notch blond bimbo form. I took out my camera and pointed it to the guard in the tower to snap his pretty picture. He looked at me cocked his rifle, said something of which, to this day, I have no idea, and pointed it at me. As the blood drained from what was my tiny brain, my heart stopping and doing all I could not to pee and or poop myself, the words of the German lady on the bus was suddenly "translated" into my brain. It was "Do not take any pictures or they can confiscate your camera!" I looked at the guard, waved and saw a bunny rabbit (no kidding!)  to my right. I pointed to said Bunny Rabbit and pointed to my camera and took a picture of the rabbit.

I gulped and the guard moved on to the other side probably giggling to himself that he scared an 18 year old innocent looking dumb ass. My camera was not taken and the Bunny was no where in sight. That bunny saved my ass! When I got my pictures developed, the bunny rabbit picture was not there. This was my bonehead move early in my life that I will never forget.