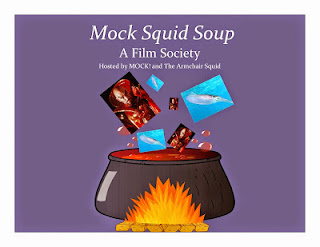 It is the reveal of my film today! This is hosted by Mock and The Armchair Squid where each month a movie is viewed and we critique it. This month, like last month, we could choose our own film and give three trivia questions the week before to see if you guessed the film.

1.  This '90's film stars a great actor who played everything from  a punker, a terrorist and a vampire?
- Gary Oldman
2.  It co-stars a famous daughter of very famous parents.
-Isabella Rossellini who is the daughter of Roberto Rossellini (director) and Ingrid Bergman (actress)
3. It is a true story about a love letter found after the man died.
The love letter was written by Ludwig Van Beethoven and it was titled "To my Immortal Beloved." 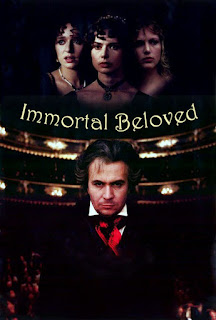 This is simply a fantastic film that came out in 1994 and stars the great Gary Oldman, Isabella Rossellini, Jeroen Krabbe and Johanna Ter Steege. In fact I was hoping Gary Oldman would get an Oscar nomination for this role.

This film starts out with Ludwig's death  with throngs of people wanting to just touch the casket of the great composer. He was the huge star of his day. This, indeed, is what happened. I have read a bit about his life which is quite a thrilling life. His secretary/friend, Schindler, played by that wonderful Dutch character actor, Jeroen Krabbe, sets out to solve the mystery of who Beethoven's Immortal Beloved is. You meet 3 women who pass through his life-one when Beethoven is young, another that Beethoven could not stand. She ends up marrying his brother and  from this union you see the worst in "The Maestro." The third, Beethoven has a long standing affair/friend with a countess played by Isabella Rossellini. The 2 actors started a relationship on the set and were engaged for a time.

The music, Oh this beautiful, sent from the heavens, music that Beethoven composed, most of which he composed when he was completely deaf (maybe he heard some thump sounds but unsure) is obviously, throughout the film and it helps move the film forward. The anguish in Beethoven's eyes and face when it is revealed to the public that he can not hear is heart-breaking.

The nastiness of the man is shown along with his brilliance and genuine love he has for the people in his life but he is a man of  great complexity. Not an easy man to want to know and all this is conveyed by Oldman's performance and the writing.

Did Beethoven actually write this letter? Yes he did! There has been much speculation as to whom (who?? writers, help me) it may be, but I have read that it could have been as one sees it in the film. You will have to see the film to find out.

My favourite part is when the 9th symphony is played. It is a powerful piece of music set to Beethoven imagining when he was a child beaten by his drunken father (bastard!) and he runs and runs until he finds a shimmering pool of water. In this pool he floats and becomes one with the heavens-sheer magic!

Can you tell I love classical music? Yup!! Put this music on and I am on cloud 9 unless you play Wagner's Gotterdammerung in which case I am Homer Simpson with my eyes glazed over and drool on my shoulder. 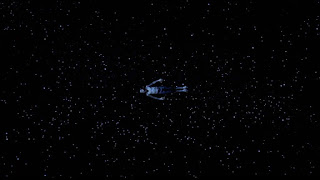