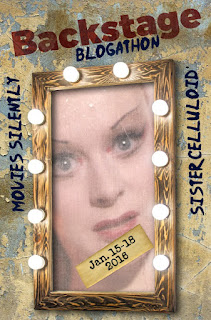 Here we go with another bloghop co-hosted by Movies Silently who has started off the year to host a bloghop about films...about films or theatre, anything related to the backstage. The films must have been made before 1970 and must show some behind the scenes  of these nuts, I mean, actors on the job.  I chose one of the great musicals ever made. 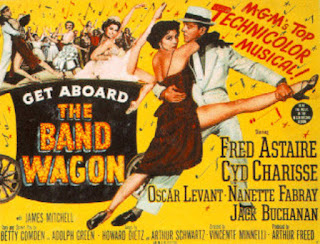 The plot concerns a man who's career in film is waning, so he decides to go back to his roots and travels to New York City to be in a stage musical. He meets his old pals, a husband and wife writing team who not only write the show but also the music. They bring in the fabled star and director of Shakespearean theatre to direct the musical. The team want to lure the fabled ballet star into the production as well.  The lead is played by the elegant Fred Astaire (54 yrs old at the time) whose career was not what it once was and the leggy Cyd Charisse plays the ballerina. Oscar Levant and Nanette Fabray  are the husband and wife song writing team and the very funny and equally elegant Jack Buchanen plays the Olivier director actor. The characters of Astaire and Charisse don't get along at first since he feels he is more of a hoofer where she comes from the ballet style (true in real life). Everyone is struggling to make this musical a go and finally the 2 main characters have a meeting of the feet, shall we say, in Central Park. 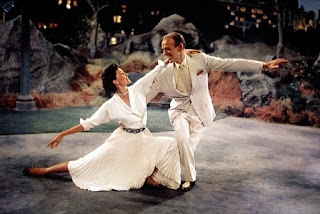 There is an opening night  in another city and it literally lays an egg(on screen and I laugh every time). Everyone feels the musical is doomed but Fred Astaire comes to the rescue and over their travels, they change the show and the numbers showcasing some great ones.... 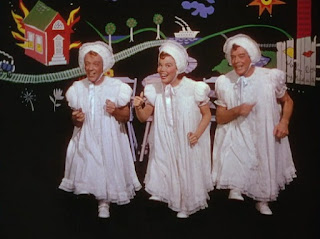 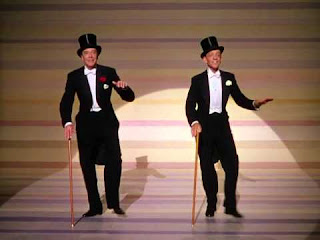 Finally they reach New York and you see the final Girl Hunt Ballet which no one will forget, not only for the great dancing but the way Cyd dances 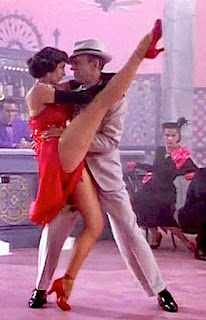 How will they be received at the end? Is everyone happy? Well...it is the 1950's and in the great heyday of the musicals last hurrah so you can guess but this is a great film that I consider the bookend to Singing In The Rain.

The actors are superb  especially Jack Buchanen as the director. Everyone is great and Oscar Levant is..well, Oscar Levant. The songs are so much fun except for one...I hate the shoeshine song. "Shine the shoes, shoes that shine..." AGHHHH but I still watch it for the ending part because I love the jazzy style of how it ends and the man who shines the shoes is engaging.  How I wanted to learn how to dance like Cyd Charisse when I saw this film but I don't have those  killer legs. I am a bit happy that Cyd Charisse couldn't sing a note (she was dubbed).

What I love about this film as well is if you took out the musical numbers, the film still stands on its own. It is very witty and it does show how people never saw the sun while they were neck deep in rehearsals for a major broadway show.  You should see this film if you get a chance. If you are not a musical lover this film and Singing In The Rain are 2 that people will enjoy regardless. 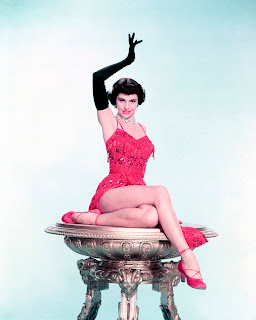