I thought I could write about my trip in 3 parts..hahahaaa...I forgot that I am a blithering talker  and simply can’t  concise it in just 3 parts. Since then (it has been over a month now) my hubby and I traveled to his Aunt’s place right on The Richelieu River which was very relaxing. Now, back in July, (music and fade to...) Day 3 was a better day for my friend, Jeff, since we can leave the previous day behind and start fresh in beautiful downtown Banff. 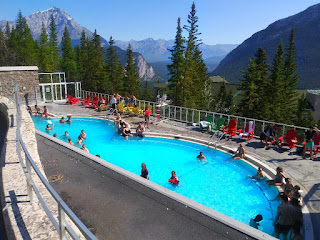 We had a choice, I could have gone up the gondola ride and looked at more vistas or I could have a nice relaxing swim in the hot springs. Let me ponder this, ...get in a tiny cable car dangling by a wire, feel my heart pound and have everyone see me as I freak out, which will not look c'est chique, due to my horrible fear of heights, or swim in the beautiful warm waters of these hot springs, relaxing and looking at the vista as my sore body relaxes for an hour.(What a flippin long sentence) Yup, the waters won and I am so happy that I took this swim. 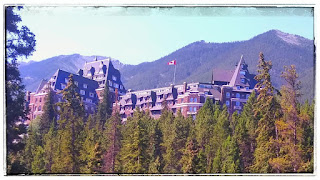 This swimming hole was very close to The Banff Springs Hotel, an exclusive and famous hotel that has great history along with ghost stories! I wish I had time to wander around looking like I owned the place in my $10 top and $20 capri's wearing my artist socks with sandals! The security guard would have probably followed me everywhere. 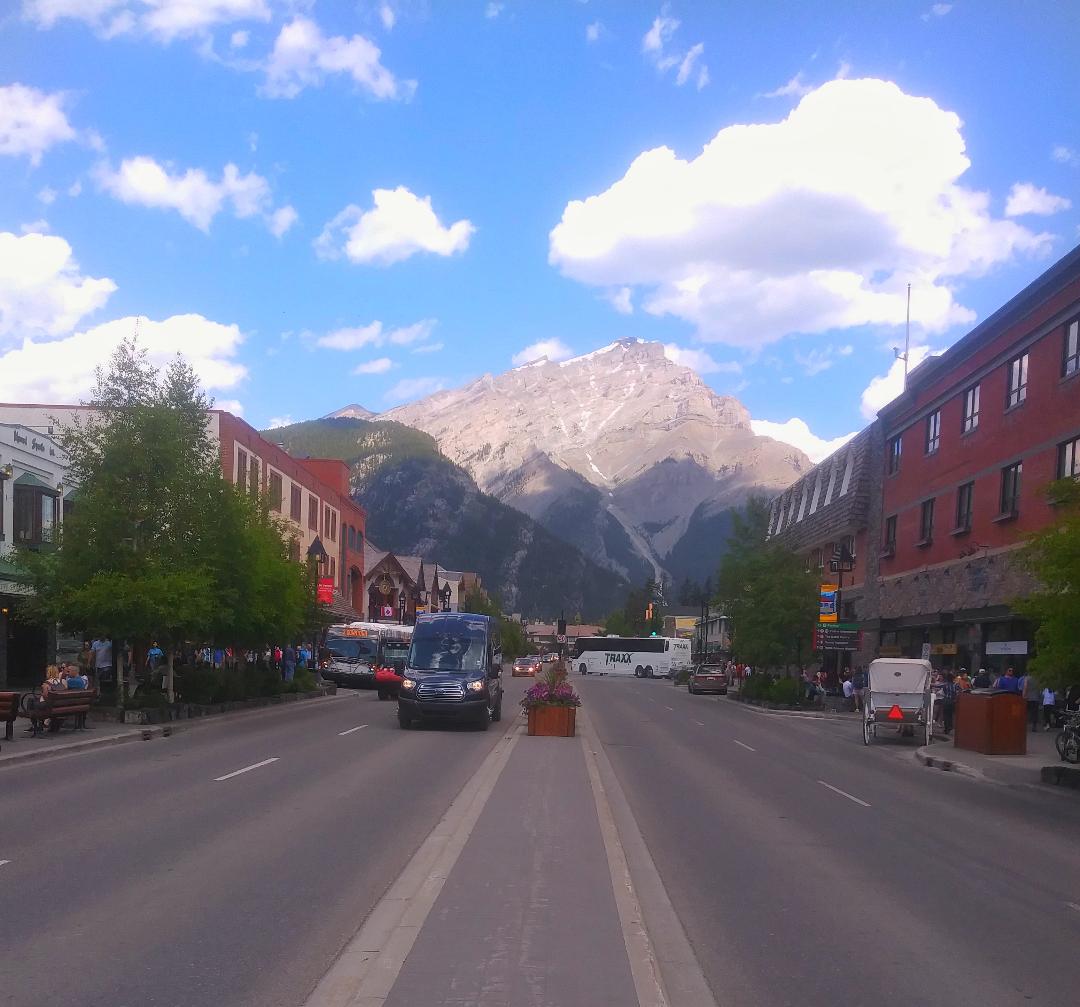 Downtown Banff looks like a picture postcard and has hotels, restaurants and tourist shops...everything one needs to make one poor. 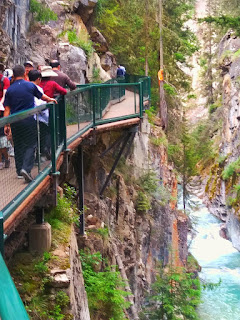 After we left Banff, we headed to Johnston Trail to the Upper and Lower Falls. We only had time to hike to the lower falls which was aok and what views! I loved this walk which was part trail and part walkway up against some big rocks. I was proud of myself to be able to walk the length (1/2 mile) and walk on this narrow path. I did walk on the inside and told everyone to just go around me as I am scared of heights. They seemed fine plus they had no choice:) 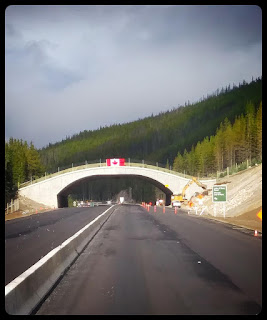 I love these bridges, why? They are not for humans but for animals! Along this hwy, many animals were being killed by cars not to mention people and the cars being smashed, but I care more about the animals. For over a 100 miles (I think), there is fencing preventing the animals from crossing the road except for the bridges and the tunnels. Cameras were set up to see if animals were using the crossings and, yes they are, they have pictures of cougars, bears, wolves, moose etc... One can go to Youtube and check it out. 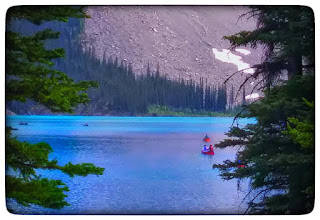 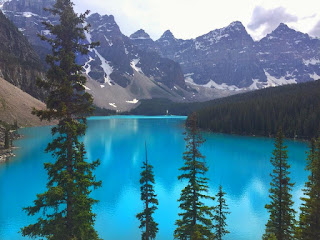 Lake Milne was a sight to behold! It was actually on the back of our $20 bill until 1989 and, if you ask me, they should have kept it. The first picture was taken at shore level whereas the 2nd picture, courtesy of Mr. Jeff, was taken up top this huge stone pile where the actual shot for the $20 bill was done. The colour of the lake is actually that beautiful aqua blue due to the silt. We had 45 minutes here and Jeff was ready to kill the family of 14 who decided to take the steps up to the viewing platform in the last 10 minutes! Jeff told them he would leave them there & they would need a taxi back. The kids started to shriek but Jeff got the message across. This family were always late, complained for better seats, were belligerent to the bus driver (not all 14 but 2 of them were) and never tipped! 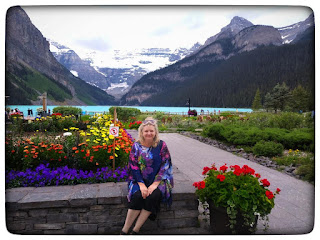 After seeing another bear munch down on some sweet blueberries, not humans, we arrived at Lake Louise. The view is yet another amazing sight of Lake Louise and a glacier that many people, who stay at the Lake Louise resort, can enjoy. The gardens are beautiful and I even saw some prairie dog or some rodent on the lawn, chirping away while her youngins' fed. As Jeff tried to get closer for a shot, she gave some shriek and they all scampered down a hole.  I have to admit the exterior of the resort was meh because, if taken out of this scenery, you would think you are looking at a hospital or some nut house. 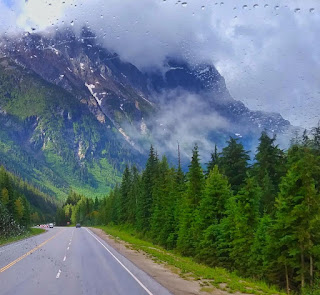 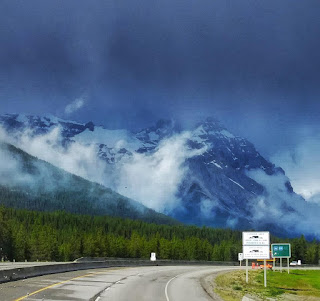 The next morning, it was a balmy 7C, rainy but dramatic as we traveled through some of the nicest scenery yet. I became a shutter fiend again and took tons of pics which I whittled down and show 2 here. It was moody and magnificent and I am not talking about Jane Russell or her mountains (Yes she was described this way).