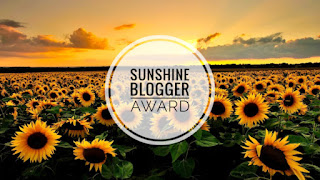 Well, we are 20 minutes into the new year and I have decided to write this as I was awarded this by the wonderful Armchair Squid. So here are the rules... 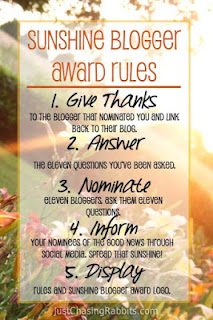 I am not going to nominate anyone but if you want to answer my questions afterwards, you can. So here are the questions given that I will answer

1. If you could live one year over again, which year and why? I wouldn’t want to because for every year that I had something nice, I also had something not so nice so I realize that the good, the bad and the ugly is what is meant to be and I don’t really regret anything. I have made some huge blunders and things that I wish I would have chosen differently....maybe. No, not really, I would still make the so called mistakes because it made me grow.

2. If you could learn to be an expert in Something without putting in the work, what would it be? I would love to be a film historian that is asked about films, stars etc...on every  tv special and documentary. I would also love to be an art historian and a travel person like Rick Steves. Either of those 3 or maybe a drunkard.

3. If you could learn a new language instantly, which would you choose? I would choose German...I can speak it a little but I am not fluent. I know people would think French because  I live in Canada but nope, German or that African language where you use that clicking sound all the time.

4.  If you could give one million to charity, which would you choose? The charity of moi. No? Ok, provided 100% would go to the actual charity and not their paycheques etc,,, it would be to help out animals. If I could give the guns to the animals that the dumb ass Trump kids killed, so they could be hunted down, I would.

5. When was your Robert Frost moment a la "2 roads converged in a yellow wood...?" The point is you can't go back and that's true.
But if you could, would you? What is the difference you think it would have made?  I don't think I would but....I would ask my dad more questions  and cherish the moments.

6. Time Travel, where would you go and when? Humm if I couldn't change anything, I would go back to the 1970s and have a good long visit with my parents. I would want to go and visit my mom when.shr was a child to.meet my oma and opal and my great grandparents as well as meet my dad when he was little and meet my grandparents on his side. I might go back to the Titanic and tell everyone not enough life beats...too mean?

7. Who would you want on your fictional bowling team? You get to pick 4. Of course, I would have to pick Fred Flintstone and Barney Rubble plus the Invisible Man because he can cheat and Harry Potter because he has that wand of his....no.not that wand you sick buggers.

Am I going to Hell yet?

8. What would you want for your last meal? Chocolate. Something created from the great British Bake off with lots of whipping cream...and more chocolate. This could be  some sex question actually.

Told you I am going to hell.

9. What's your favourite song? One?? Ok "To Dream The Impossible Dream."  Chris DeBurgh, " The Girl With April in her Eyes." "You'll Never Walk Alone." And "I love Big Butts."

10.  Are you and extrovert or an introvert? Believe or not, I have done 4 different personality tests when at conferences and each time I score exactly 50% on each. It depends on my mood but, since I am writing this on New Year's Eve and am drinking alone, I will swing to the left...um I mean to the introvert side.

11. If you came over to my home and I offered you a drink, What would you want me to serve you? Now, mr. Squid creates a new drink about every week so I would love some blue drink but make it creamy. Good luck!

1. Favourite holiday?
2. Favourite colour?
3. Favourite wild animal?
4. Favourite tame animal? Dog, cat, fish, ferret, wombat( I thought of you Liz)
5. Glitter, yes or no?
6. Sparkle from.glitter, gems etc.. yes or no?
7. Favourite colour?
8. Favourite colour combo?
9. Hate lovey/dovey or thrive on it or for it?
10. Love Angels or fairies or that's a no?
11. Love a good drink? Just one, nothing crazy...would it be wine, beer or a mixed drink? My brother loves beer especially a pilsner so what do you like?

Have fun and wishing all of you a beautiful year ahead.
Posted by Birgit at 1/01/2020