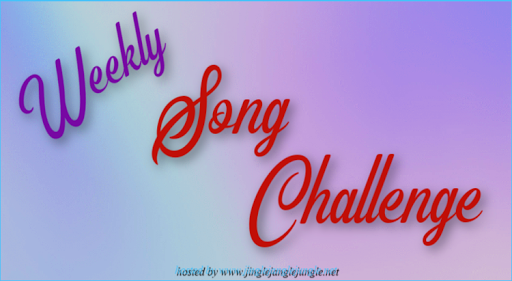 Jingle, Jangle Jungle has another week of fun song themes and one is about summer....I just bitched..er...talked about the heat in my movie picks from last week. By the way, It's her birthday today so wish Mary a very Happy Birthday!

A SONG WITH SUMMER IN THE TITLE

A SONG THAT DAVE GROHL PLAYED ON

A SONG WITH MARY IN THE TITLE(IT'S HER BIRTHDAY TODAY)

This song, with lyrics by DuBose Heyward (not his brother Ira surprisingly), is from the opera Porgy & Bess which I would love to see one day...you have your concerts and I have mine:). I think this is simply one of the most beautiful songs I have ever heard. Kathleen Battle does a great job (duh!) and is one of the leading sopranos in the whole world, unfortunately she is a true DIVA!! Her meanness, ego-driven, narcissistic manner was so bad that she was actually fired from the Metropolitan Opera House in New York City. Everyone clapped when she was told to leave. You know she must be one mean MF when an opera diva is kicked out. Regardless, she does have a beautiful voice.

2. LEARN TO FLY  INCLUDING A DUEL WITH ANIMAL FROM THE MUPPETS-2015

I had no clue who Dave Gruhl is but he is from The Foo Fighters. I heard of this band and probably know their songs but, anyway, I thought i would be cool to show him up against one of my favs-Animal from The Muppets. The Muppets came back, only for one season,  where Kermit is the host of a late night talk show host. I remember many of you hated the show but I loved it. My favs were the rats and the Mexican shrimp. I think Animal beat Dave's ass but you be the judge.

I hope you don't mind that I took a very old song but sung with such love in the film Yankee, Doodle Dandy with James Cagney as the showman George M. Cohan who wrote the song. Even though this is a hit on your head patriotic American film, I love it because of James Cagney. I think The lovely Irene Manning did a great job with the song.

Happy Birthday Mary! It must be great to be 29 again...just like me :)