A New Book from Sandra Cox

I wanted to do this earlier since Sandra, This wonderful lady with a heart of gold, had her book release a couple of weeks back, but I just didn't have the time or  the physical ability to do this on the weekends (pain and bad fatigue). Yesterday, it was like a switch turned off and I felt the pain severity lessen around 6pm, which is great plus I am home today because I am going for round 2 of the ...colonoscopy, oscopy, oscopy..echo fading. OK without further adieu, Here is her new book. 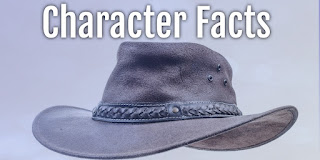 It’s summer break and Dr. Luke Geller, history prof and part-time archeologist, is in Nevada looking for potsherds. What he discovers is an antique rifle and a portal in time.

His heels caught in a patch of fuzzy green and gray weeds. Buried in their center was a large piece of chiastolite. Ancient markings all but obliterating the standard graphite cross that long ago was used to ward off evil. The hair on the back of his neck rose and his nerves twitched. He’d never seen anything like that rock before. He nudged it with his foot. When it didn’t budge, he bent to pick it up.

The ground under his feet trembled.

The chiastolite glowed. The markings shimmered.

He flapped his arms, trying to balance himself as the ground dropped an inch.  A perfect circle below his feet gave way.  The stone stayed in place.

He fell into a cylinder of rock and stone.

His stomach flopped and he swirled down.

The wind whistled in his ears as he tumbled into a deep black hole that went on forever. The chill in the air fell away. The further down he went, the hotter the air. The rocks around him began to glow. Good God. Either he was heading for hell or the earth’s core, and neither was where he wanted to be. His grip on the rifle tightened as he bounced off the hot stones that closed around him as he whirled in a tube of rock.

Time had no meaning. Seconds, minutes, maybe more passed as the cyclone of air spun him around. His stomach pushed up to his throat and he fought off nausea.

With a scraping sound, the spinning lurched to a stop.

Then as if an elevator button was punched, he started upward. Only unlike an elevator there was no floor, just rough rock gravity glued him against.

Up. Up. Up. Faster and faster. Then momentum stopped. His body quivered. A force thrust upward and opened.

Hard earth rose to meet him.

With a thud, he landed.

His specialty is Native American artifacts.

Instead of a gun, he carries a Hopi throwing stick.

He likes cats, horses with a sense of humor, and women who aren’t looking for a commitment.

Sandra, who also writes as S. Cox, is a vegetarian, animal lover and avid gardener. She lives with her husband, their dog and cats in sunny North Carolina.

An award-winning author, her stories consist of all things Western and more.

She spent a number of years in the Midwest chasing down good Southern BBQ. By the time she moved to North Carolina where Southern BBQ is practically a staple, she’d become a vegetarian.

Pineapple is a must-have on pizza, along with black olives and onions.

She loves pumpkin waffles. Pumpkin cream cheese, not so much. Last time I posted, it was a mess because not everything turned out right and Sandra was amazing with her understanding. This time I hope it comes out aok with my limited knowledge of the computer.
Have a blessed day and anyone in Florida and the Eastern Coast of Canada, I am thinking about you.