Driving To School With My Brother 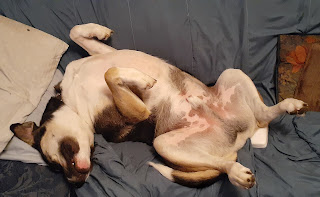 School has started in my neck of the woods now and it still can make me shudder. When my brother got his driver’s license, he couldn’t wait to drive to school and who could blame him since we had to take the stupid bus for over an hour. I was so happy to get a ride with him once I entered High School, much to his chagrin, I think, because I was 3 years younger and could cramp his style...hahahaa. I’m not sure what his style was but that didn’t matter as I was happy not to be on the bus until I had to sit in his back seat and listen to that music. Now, please forgive me as I was a young 14 yr old geek who loved classical music, movie music, ABBA and ELO. I still love all I just mentioned, but I now also really enjoy the music I am about to mention and know how great it actually is. I may not own Hendrix or Joplin but I do enjoy listening to it. I wouldn’t mind the greatest hits of Steppenwolf though...

My brother fell in love with Jimi Hendrix’s sound and would play his music incessantly. He may differ on that, but I remember how often I had to listen to his music. This song was one I had to listen to while stuck in the back seat and thought it was disgusting. Hahahaaa

I didn’t mind this song, written by Don Covey and Steve Cropper from this band, but, to this day, I have no clue WTF it means and it was not a fav of mine to listen to it...often.

This song was written by Jerry Ragovoy and Bert Berns and introduced by Aretha’s sister, Erma Franklin but became mega famous by Janis Joplin. I truly appreciate and like how she sings this song now but, back then, I just couldn’t stand her screeching, as I used to call it. It still is a bit but I ...like the way she sings it.

I hope my brother reads this and adds his 4 cents worth. Any songs you hated back in the day but like now?

By the way, our Harley really sleeps this way. He has nothing to do with school, I just thought he is funny.