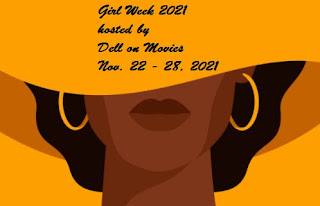 Whew, I have not posted this much in eons, maybe when dinosaurs roamed the earth before they perished by smoking cigarettes (Don't believe me? Look up the Gary Larson Far side Cartoon). Anyway, Dell on Movies has a great week, almost ending which features gals on, in or behind film. So, without further adieu, here is my next film with a stellar gal.

Irene Dunne is looking around her home knowing her marriage has ended with Cary Grant. She looks at the turntable and decides to play some records that remind her of happier times. We flash back to when they first met, marry and find out she is pregnant(when they are living in Japan) before an earthquake hits leading to a miscarriage and her inability to have kids (really, is that such a loss?? I know mothers out there hate me). A little while later, she considers adoption which Cary is not happy about but is soon convinced when they meet the little girl who captures his heart. They are awarded the baby but have no clue how to even change a diaper (quite a funny scene). You wonder how did this amazing family break apart? I am usually not one for melodrama hi-jinks or romance like what is on the Women's Network (It's Christmas romances over there) but this film is raised way above the bar by the acting chops of Grant and Irene Dunne. Both excelled in drama and comedy and it shows in this film that left me with a few tears. I find this film seems to have more maturity than others from the time period but I also believe it was due to showcasing Dunne in one of her best roles. Once again, I have to see more pictures from this amazing lady.

Irene Dunne was a triple threat-excellent in drama, comedy and musicals because of her great operatic soprano voice (even though the Met didn't hire her due to her youth and what they felt was a thin voice). Ms. Dunne was known as the First Lady of Hollywood and, I think much better than Meryl (scratches her ass so give her an Oscar) Streep. Irene Dunne was nominated 5 times but never won an Oscar nor did she ever get an Honorary Oscar..stumps me.

She was known for her poise and graciousness, always friendly and approachable to everyone on the set. She was also known for her stylish and well-dressed manner often dressed by Jean-Louis.

She met her husband, a dentist, and they married in 1927 and stayed happily married until he passed away in 1965. The tabloids and Gossip Columnists of the day (Hedda Hopper and Louella Parsons) would try and dig up something but to no avail.

When she was making "A Guy Named Joe", Spencer Tracy tried every way to have his way with Miss. Dunne who would have none of that. Yeah, he was already involved with Katherine Hepburn and, no, he never divorced his wife.

She was an avid Republican who campaigned for Eisenhower, Nixon and Reagan. She did state she  never liked "Extremism in any case" which is why she disliked Goldwater. "The extreme Rights do as much harm as the extreme Lefts."

She always strove for submissive women to become more independent and to have their own voice (yeas, even in the 1950s).

She became a board member for Technicolour in 1965-the first woman ever elected to the board of directors.

Her last film was in 1952 and, afterwards, she did TV spots until 1962 but she was very active in many charities. She donated $10,000 in 1976 to restore the town fountain of Madison, Indiana where she grew up. She donated her time, money and efforts to the Sister Kenny Foundation, American Cancer Foundation, American Red Cross, She established the African-American school in Los Angeles and  gave much to St. John's Hospital where they presented a bust of Irene Dunne for all she did for them. She also helped UNICEF & the World Health Organisation.

Eisenhower made her a delegate to the United nations where she advocated for World Peace as well as refugee-relief programs. She asked the delegation for 21 million to help the Palestinian refugees.