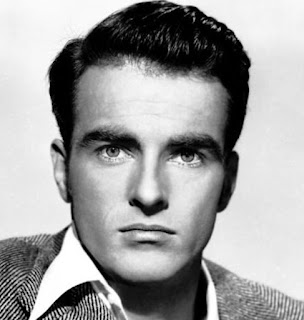 DIED FROM: Heart Attack brought on from years of drug taking and alcohol

KNOWN FOR: His sheer talent; having a twin sister (Edith or Roberta as a first name); His amazingly good looks; his chronic dysentery (probably had Colitis or Crohn's Disease); his inner anguish

This man was held in very high esteem by Marlon Brando, James Dean and many others for his sheer acting talent. Burt Lancaster visibly shook while acting opposite him out of sheer anxiety. Clift had major acting chops and was from the new school of acting called "Method"  which did not bode well with some of the old guys of Hollywood like John Wayne although John Wayne did respect the kid's talent. Clift was offered the role, that went to William Holden in "Sunset Blvd", as it was written with him in mind, but he felt it hit too close to home since he was with Libby Holman at the time who was 16 yrs his senior and had a fascination for him. He became lifelong friends with Elizabeth Taylor when they starred in "A Place In The Sun" and it was rumoured she fell for him but he never reciprocated (or did he? Who knows and who cares as they were great friends). When he hit on hard times, she was one of the few who stayed by him along with Dean Martin.

It seems his mom spent every moment claiming to be from Southern high society and tried to prove it, while his dad was a bit of a jerk but he and his siblings (he had an older brother) didn't lack for anything. Due to his painful intestinal woes, he started taking prescription meds to dull the pain. During the making "Raintree County", with Taylor, he was in a horrible car accident. He was at a dinner party at Taylor's home with her then husband, Michael Wilding, and Kevin McCarthy and Rock Hudson etc... He left, with McCarthy driving ahead to help steer him down the curvy road, when Clift slammed into a tree. McCarthy went back to Taylor's home and she ran down to where the accident was. Clift couldn't breathe because 2 of his teeth were slammed partway down his throat, so she took her small hand and got the teeth out and held him until the ambulance arrived. Taylor, Kevin, Michael and Rock all shielded him from the reporters who were trying to take pictures of him. His face was quite smashed in and it took a few months before he could return to work. The sad thing is that people went to see the movie to figure out whether they could see how he looked before and after the accident. From that time on, he seemed to be on a straight downward path where, his former acting teacher, Robert Lewis, stated that it "was the longest suicide in Hollywood history."

When he made "Suddenly, Last Summer" with Liz Taylor and Katherine Hepburn, he was a mess to which, the director, Joseph Mankiewicz, really bullied the poor actor. When filming wrapped, Hepburn asked the director if she was needed for any more re-shoots etc.. When he said no, she spat in his face and told him off (good for her!). By this time, he was not only hooked on meds but was an alcoholic...he was one messed up guy. It is said he had a hard time dealing with his homosexuality which could be the case given the times but, I think, that is not it alone...having such strong-minded parents, chronic pain and many other issues, contributed to this man's short life. Marilyn Monroe once said that the only person more screwed up than her was Monty.