Which Oscar Went To Which Song? 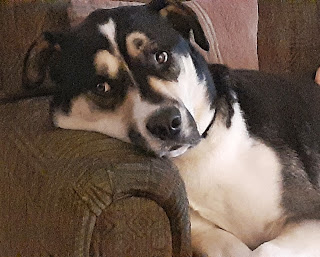 What can I say, isn't Harley cute? It's that time again... to choose your Oscar song:)). I decided to pick 1984 and even got a little Halloween fun with this one. I was 20 when this Oscar event rolled through and was in my 2nd year of university enjoying the partying spirit...oh and learning.....hahahaaa...no, it was the partying. So, let’s see if you can guess which song won, which one was nominated and which song got nadda.

Prince was all the rage with his crummy movie and excellent songs. I remember when he arrived at the Oscars in his purple, sparkly, hooded outfit with an entourage of body guards surrounding the little guy. Later that week, I watched Johnny Carson who had the great Jimmy Stewart as a guest. I laughed so much when Johnny asked Jimmy what he thought of Prince’s arrival. Jimmy, who was at the Oscars, was perfect in describing what he saw.

2. I JUST CALLED TO SAY I LOVE YOU SUNG BY STEVIE WONDER

This was a song all over the airwaves which comes from the film, “The Woman In Red”  and ..I just can’t stand this song. I think it was done to death and I found it so drippy but I am probably in the minority.

I always love hearing this song and the movie. I watch the movie every year and I recall how much I laughed when Mr. Staypuff made his appearance. Apparently, Huey Lewis, from Huey Lewis and the News, sued Ray Jnr for copying his song, “ I Wanna New Drug.” It was settled out of court and, later, it came out that the leads, Dan Ackroyd and Harold Ramis asked Ray to create a song with a beat similar to Huey Lewis’s song.  I did not know that, but I still love this song.

So...which song won the Oscar, which was nominated and which got neither? I promise I will let you know in tomorrow’s post.