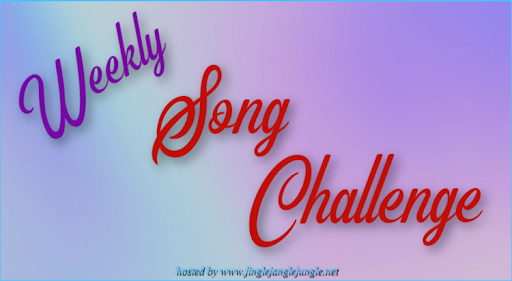 Another week and more music to enjoy. Jingle, Jangle, Jungle has a good time with music and she has another 3 themes this week and here they are...

A SONG WITH A BOY'S NAME IN THE TITLE

A SONG THAT MENTIONS A PLACE IN THE TITLE

A SONG THAT KENNY LOGGINS WROTE

Now, come on! You know I was going with ABBA because this is the first song that came into my head and I loved it from the moment I heard it. I was in some diner where we stopped on our way to visit my Aunt & Uncle in Ann Arbor, Michigan. I just fell in love with it right from the get go. I was only 11 but loved it.

Yes, Contrary to what you might think, I  do love good rock N' roll and this is one I enjoy and was the first one to pop into my head this time. Creedence, Clearwater Revival or CCR is an excellent band that my mom-in-law liked.

This song was written by Kenny Loggins which, I think, put him on the big map because it was featured in the classic comedy "Caddyshack" that starred Chevy Chase, Bill Murray, Ted Knight and Rodney Dangerfield. This poor gopher gets no respect but he still loves to dance to this tune. So did I when I used to go to a fire hazard basement disco for kids who were under age for drinks, but wanted to boogie down. The place was called "Charlie Chan's" and I had a blast there dancing, often, to this tune. Now just make sure you beware of O'Henry bars .