I’m AOK and fun with Music 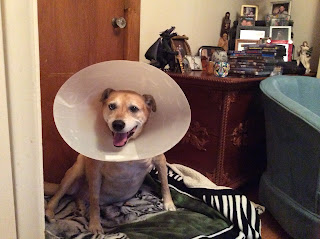 So, I was going to write earlier, a separate post, but time got away from me-I’m a bad, bad girl. I ended up not going to the emergency( Kill me later) because that night, I bled less and I have been bleeding less and less so the scare I had that past Saturday must have been my body adjusting. I am still weak but I am walking, not far, but I am walking. I am watching movies galore plus all the extras on the DVDs because I am a movie geek. I will call my dr. On the 16th to just make sure all is ok but I think I am on the road.

Now, this week, for music fun, I decided to go back to my teen years and chose 3 songs that were big in my day and ones that made an impression on me and here they are...

I do like Led Zeppelin, believe it or not, as they are one of the best bands ever with great music and intelligence behind their songs contrary to the popular songs of today. This particular song was the ending to every school dance to the point that I was sick of it. I was never asked to dance so I would watch the fellow kids and teens slow dance to this song but, as the song got closer to the end, the tempo picked up and these kids had no clue what to do. It always made me laugh out loud as some tried to continue to dance slow while others tried to dance fast and had no clue how to. It still makes me laugh.

2. PARADISE BY THE DASHBOARD LIGHT BY MEATLOAF-1977

I have the CD, “Bat Out Of Hell” and aside from the title song, the rest are famous and great to listen to. I was a very naive 13 yr old country girl living on a sawmill dancing to this song, not at all knowing what the true meaning was. All these songs are just so suggestive sung by an overweight, sweaty guy who makes me go..”Ick” but that’s ok because these songs are priceless and I just love this one.

The B52’s are a wacko band that truly seem to have taken one too many LSD hits, but I love them and when this song came out, it was a huge hit. When I was a teenager, very innocent and timid, I met a girl named Tracy, who went to another school, and she brought me out of my timid ways and helped me to dance like no one was looking and no one cares. In the city I now live in, There was a disco called Charlie Chan’s in the basement of a restaurant in a plaza. Never mind that it was probably a fire trap, Sunday’s were all for us underage people who wanted to dance, have fun and dance while drinking Coca Cola. This song was played every time and boy would we all dance to this song when the part came up where the singer says "Down, down, down” we would all slowly drop down onto the floor before we ended up on our backs kicking our hands and legs up in the air like dying flies. Abruptly, we would get up and continued dancing...such fun.

Which songs were played always during your teen years?