Some Songs...What Should I Choose 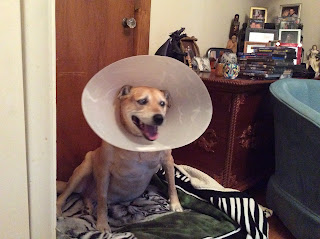 Yesterday, I went out with my hubby to a a couple of stores, the bank and the drug store..yeah, I did too much but I was happy to get out. I plan to not do that much today except a little dusting...fast dusting. My German ancestry would not be happy with that😀.  I am late writing this (no kidding) but I hope you like my picks since I am going hippie. I do have quite the eclectic taste in music and love classic rock, old style rock and roll, I do truly like. Some heavier metal stuff like AC/DC and even some Judas Priest but just don’t make me have to listen to really heavy stuff with the lead singer sounding like he got his voice from Mephistopheles. I don’t like Rap or Hip Hop or most popular music today. Now there are always some exceptions but most are a big NO.

So, I am going Woodstock as in the famous concert from 1969, that my brother still wishes he would have been old enough to be there. I love the documentary that was made that shows all the big acts. I had no clue that Sha Na Na was there..very strange to me til this day. So here are my 3 songs that I love...

I love Grace Slicks’s  voice and this song just fully displays how strong her voice was. I always thought this was such a unique song. It’s a shame that she got so, so heavy into drugs, like many did back then.

The Who gave a great performance at the concert with Pete Townsend destroying, yet another guitar. Drug induced with very tight pants, they gave great performances and my brother was lucky enough to see them back in 1979, I think. Mind you, he saw them 2 weeks after the disaster in Cincinnati where many people died due to selling too many tickets. The kids rushed a door to get in and people were crushed with 11 dying and many injured. Anyway, my brother left the concert early because the people were pushing to the front just like what happened 2 weeks prior. He did not want to be a casualty. Thankfully, nothing happened and that type of selling was stopped.

Our Canadian, Joni Mitchell, penned this song and was made famous by this great group. I always loved this song which seemed to sum up what Woodstock was and is.

Any songs you love from this famous concert?