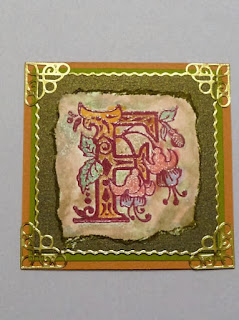 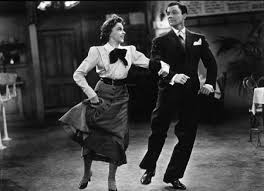 DIRECTOR: Busby Berkley
STARS: Judy Garland, Gene Kelly,  George Murphy
PLOT: A nice girl falls for a cad who takes the "coward's way out"  to make sure he can't fight in WW1. She is disgusted by his actions, he becomes repentant.
QUOTE: I'm sorry you loved him so much.....he isn't worth it.
OSCAR NOMS: Best Score
OSCAR WINS: Nil
LOVE: Singing and dancing of course
FAVOURITE SCENE: When the 2 greats sing and dance to the title song in a nearby cafe.
FAVOURITE CHARACTER: Jo Hayden (Judy Garland)
TIDBITS: This was Gene Kelly's first movie and he was scared. Judy helped show him the ways of the film world. he was always grateful to her.
SIX DEGREES (MORE OR LESS) OF SEPARATION: Gene Kelly to Frank Sinatra (Anchor's Aweigh) to Earnest Borgnine (From Here to Eternity) to Charles Bronson (Dirty Dozen) to Steve McQueen (The Great Escape) to Dustin Hoffman (Papillon) to Meryl Streep (Kramer vs. Kramer) to Kevin Kline (Sophie's Choice ) to Meg Ryan in...

DIRECTOR: Lawrence Kasdan
STARS: Kevin Kline, Meg Ryan, Timothy Hutton, Jean Reno
PLOT: An Uptight, fear of flying woman gets on a plane to win back her idiot fiancee from a beautiful French gal. On the plane she meets a repulsive thief on a plane who is smuggling a grapevine..and a diamond necklace. They keep meeting up and travel through France.
QUOTE: Happy - smile. Sad - frown. Use the corresponding face for the corresponding emotion.
OSCAR NOMS: Nil
OSCAR WINS: Nil
LOVE: The scenery! It's France!!
FAVOURITE SCENE: When they get off the train and come to a small village
FAVOURITE CHARACTER: Luc Teyssier (Kevin Kline-hubba-hubba)
TIDBITS: Meg Ryan was pregnant during the making of this film hence why she is seen wearing a baggie shirt on and off throughout the film
SIX DEGREES (MORE OR LESS) OF SEPARATION: Timothy Hutton to Jim Hutton (His father) to John Wayne (Green Berets) to .....nyuck, nyuck.....