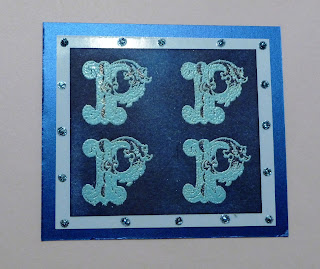 .....Spencer Tracy Starred with Irene Dunne( A Guy Named Joe). She starred in.. DIRECTOR: George Stevens
STARS: Cary Grant*, Irene Dunne, Edgar Buchanan, Beulah Bondi
PLOT: An irresponsible man marries a nice gal and they go to live in Japan. When he loses everything, she is disgusted and then an earthquake hits injuring her so she loses her baby and can never have another. He decides to make good and they adopt a baby girl.....
QUOTE: We don't need each other any more. When that happens to 2 people, there's nothing left.
OSCAR NOMS: Best Actor*
OSCAR WINS: Nil
LOVE: The great acting! You fall for the characters.
FAVOURITE SCENE: When the couple have to change a diaper
FAVOURITE CHARACTER: Applejack Carny (Edgar Buchanan)
TIDBITS: This was Irene Dunne's favourite film of hers. Also the Earthquake was real enough since this was filmed in April and Dec of that year a major Earthquake hit a part of Taiwan that was a Japanese Colony killing over 300.
6 DEGREES (MORE OR LESS) OF SEPARATION: Cary Grant starred with Katherine Hepburn(Holiday) who starred with Charles Bronson(small role in Pat and Mike). He starred with Steve McQueen(Magnificent 7) and Steve McQueen starred in....

DIRECTOR: Franklin J. Schaffner
STARS: Steve McQueen, Dustin Hoffman, Don Gordon, Anthony Zerbe
PLOT: Based on a true story of a man wrongly convicted and sent to a penal colony where he endures years of abuse and solitary confinement before ending up on Devil's Island. All the while he means to escape and be free (Papillon means butterfly which is tattooed on his chest)
QUOTE: A temptation resisted is a true measure of character
OSCAR NOMS: Best Score( now on the top 25 list of best film scores of the AFI)
OSCAR WINS: Nil
LOVE: the story of survival and endurance
FAVOURITE SCENE: Papillon's last meeting with his friend, Louis
FAVOURITE CHARACTER: Louis Dega (Dustin Hoffman)
TIDBITS: Steve McQueen was a bit on the weird side and full of anxieties and himself at the same time. His name had to be above Dustin Hoffman's and he had to be paid more than him. He also liked to do his own stunts so that is him jumping off that cliff ( filmed in Hawaii). He considered that a thrilling experience.
6 DEGREES (MORE OR LESS) OF SEPARATION: Steve McQueen starred with Paul Newman (Towering Inferno) who starred with Melvyn Douglas(Yup, him again). He starred with.....