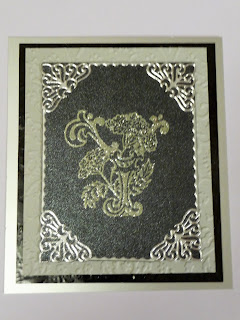 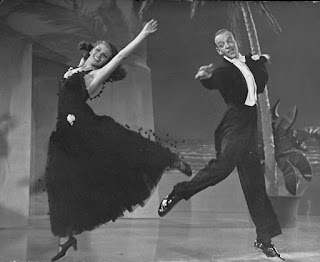 DIRECTOR: William Seiter
STARS: Fred Astaire, Rita Hayworth, Adolph Menjou
PLOT: ok..plot...her father has the dumb ass tradition that the girl must marry in the order of their birth. The eldest gets married so now the 2nd must marry before her younger sisters. Her dad decides to create a secret admirer by sending flowers etc... Unsuspecting American dancer drops on in and she believes he is the admirer much to her dad's chagrin
QUOTE: I wish you wouldn't speak while I'm interrupting-sounds like my hubby:)
OSCAR NOMS: Best Sound, Best Song, "Dearly Beloved" (Jerome Kern and Johnny Mercer), Best Score
OSCAR WINS: Nil
LOVE: The dancing of course!
FAVOURITE SCENE:This dance to So Near yet So Far
FAVOURITE CHARACTER: Maria Acuna (Rita Hayworth)
TIDBITS: Fidel Castro was an extra in this film! Fred Astaire did mention that Rita Hayworth was his favourite dancing partner. Rita Hayworth said that this film and the other she did with Astaire (You'll never get Rich) were the only 2 films she could watch and which she valued. Astaire and Hayworth did all their practicing over a funeral parlour and had to keep quiet when there was a funeral taking place.
SIX DEGREES (MORE OR LESS) OF SEPARATION: Fred Astaire starred with Gregory Peck (On The Beach) who was directed by Alfred Hitchcock (Spellbound). Alfred Hitchcock directed Sean Connery (Marni) and Sean Connery starred with Gene Hackman (A Bridge Too Far). Gene Hackman starred in... 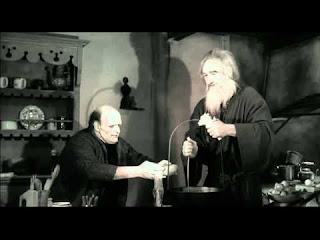