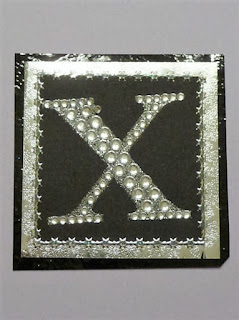 ...Eddie Albert starred with Ray Milland (Escape to Witch Mountain) who starred in.. 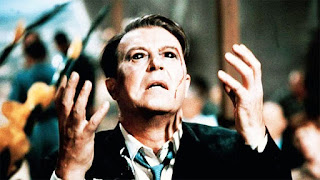 DIRECTOR: Roger Corman
STARS: Ray Milland
PLOT: A brilliant doctor has created X-eye drops to enhance vision and have x-ray vision. he takes the medicine himself and soon can see through walls, bodies etc.. he causes much mahem
QUOTE: Asked by the main character what Crane would like to see, Crane says...All the undressed women my poor eyes can stand.
OSCAR NOMS: Nil
OSCAR WINS: Nil
LOVE: The unique plot even though it is on a shoestring budget
FAVOURITE SCENE: The house party scene-love the dancing
FAVOURITE CHARACTER: Crane (Don Rickles)
TIDBITS: Nighthawk, a comic book character, was drawn to look like Ray Milland and this super hero has eye powers as well
SIX DEGREES (MORE OR LESS) OF SEPARATION: Ray Milland starred with Marlene Dietrich (Golden Earrings) and she starred with Ronald Colman (Kismet). Ronald Colman starred with Jane Wyatt (Lost Horizon) and she starred William Shatner (Star Trek IV: The Voyage Home). William Shatner starred with Patrick Stewart (Star Trek(Generations). Patrick Stewart starred in... 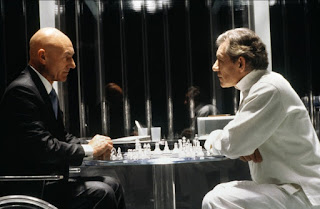 DIRECTOR:Bryan Singer
STARS: Patrick Stewart, Ian McKellan, Hugh Jackman, Famke Janssen, Halle Berry, Rebecca Ramijn-Stamos,
PLOT: Mutants are not highly regarded by humans (they freak out) so they try to remain under cover. The mutants can either be trained under the peaceful guidance of Charles Xavier or turn to the dark side and demand respect from the vial humans by Magneto
QUOTE: To the senator, Mystique says...You know, people like you are the reason I was afraid to go to school as a child.
OSCAR NOMS: Nil
OSCAR WINS: Nil
LOVE: The special effects! Wish I had one of those super powers
FAVOURITE SCENE: The chess game between the 2 former friends now foes.
FAVOURITE CHARACTER: Mystique (Rebecca Romijn)-I mean Jeez!
TIDBITS: Due to the blue make-up and prosthesis, Rebecca Romijn had to be kept isolated so on her last day of shooting, she brought in a bottle of tequila where everyone partook. After the break, she had to film her fight scene with Hugh Jackman(Wolverine) and threw up blue barf all over him. You wonder about how safe that blue gunk she wore was.
SIX DEGREES (MORE OR LESS) OF SEPARATION: Ian McLellen starred with Robert Downey Jnr (Restoration) and Downey starred with Robert Duvall (The Judge). Robert Duvall starred with Gregory Peck (To Kill A Mockingbird) who starred with Audrey Hepburn (Roman Holiday). Audrey Hepburn starred with....why, oh why do I not name the next star??? Wait until Y :)
Posted by Birgit at 4/28/2016